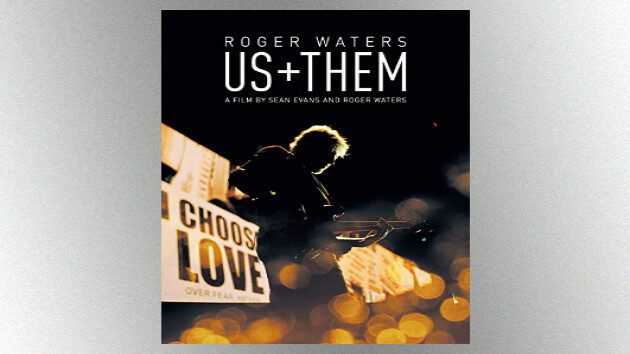 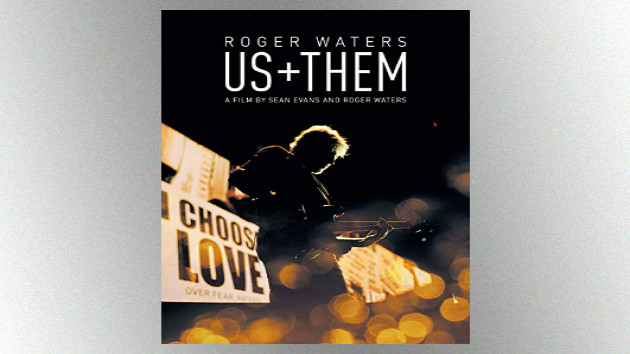 Sony LegacyThe 2019 concert film Roger Waters: Us + Them, which features performances shot in Amsterdam during the ex-Pink Floyd singer/bassist Roger Waters' 2017-2018 Us + Them Tour, got its release today on DVD and Blu-ray.

Roger Waters: Us + Them features Waters and his solo band performing a set that mixed classic Pink Floyd songs from the 1970s and selections from his 2017 solo album, Is This the Life We Really Want? The dynamic, politically charged concert was enhanced by videos displayed on a massive high-def screen, as well as state-of-the-art props.

You can check out videos of a few performances from the film, including "Us & Them," "Money," "Déjà Vu" and "Time," at Waters' official YouTube channel.

The Roger Waters: Us + Them DVD and Blu-ray also include a behind-the-scenes documentary called A Fleeting Glimpse and performances of two songs not included in the original film or on the audio releases -- "Comfortably Numb" and "Smell the Roses."

Intro
"Speak to Me"
"Breathe"
"One of These Days"
"Time"
"Breathe (Reprise)"
"The Great Gig in the Sky"
"Welcome to the Machine"
"Déjà Vu"
"The Last Refugee"
"Picture That"
"Wish You Were Here"
"The Happiest Days of Our Lives"
"Another Brick in the Wall, Part 2"
"Another Brick in the Wall, Part 3"
"Dogs"
"Pigs (Three Different Ones)"
"Money"
"Us & Them"
"Brain Damage"
"Eclipse"
"The Last Refugee (Reprise)"
"Déjà Vu (Reprise)"