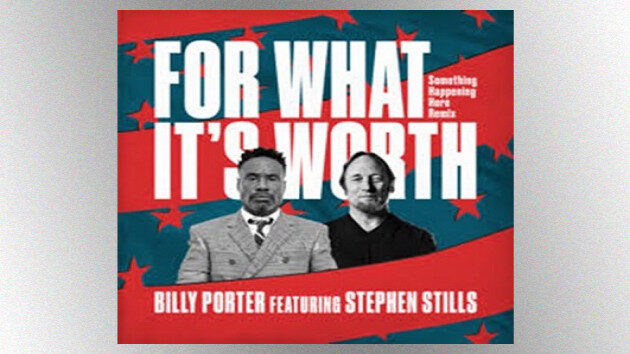 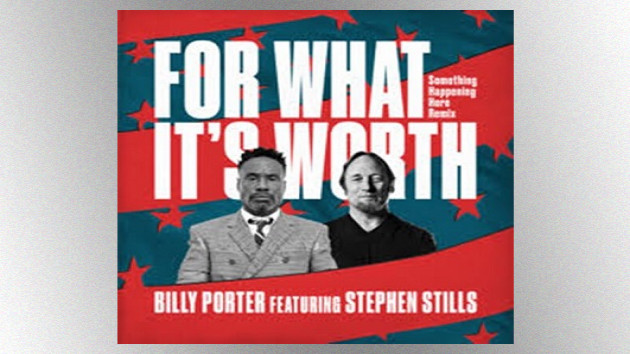 Courtesy of Billy PorterStephen Stills recently joined forces with Pose star and singer Billy Porter on a new remix of the classic 1966 Stills-penned Buffalo Springfield protest anthem "For What It's Worth."  Now the track has been officially released as a digital single and via streaming services.

Stills and Porter recorded "For What It's Worth (Something Happening Here Remix)" to help motivate people to hit the polls and vote in the upcoming presidential election. Proceeds from the track will go toward When We All Vote, a non-profit, nonpartisan organization co-founded by former first lady Michelle Obama. It focuses on getting more people to participate in all elections and "closing the race and age voting gap."

The "For What It's Worth" remix, which features Stills on guitar and Porter on vocals, was previewed in August when a socially distanced video for the song aired during the Democratic National Convention broadcast.

The collaboration came about after Porter had released his own solo version of "For What It's Worth" back in April.

Stills' song was inspired by watching violent protests on the Sunset Strip in the Los Angeles area after a curfew was imposed on young people. In the ensuing years, the tune has been embraced by many protest movements focusing on various issues.

The 75-year-old Rock & Roll Hall of Famer notes, "My only regret is the lyrics are still all too relevant today, and it's critical for us all to do our civic duty, primarily to vote."

Adds Porter, "Stephen has been so gracious and lovely to work with…As we close in on this fever-pitch of an election, I hope that our version of 'For What It's Worth' will raise people up and inspire them to take action, use their voice, and vote, vote, vote."