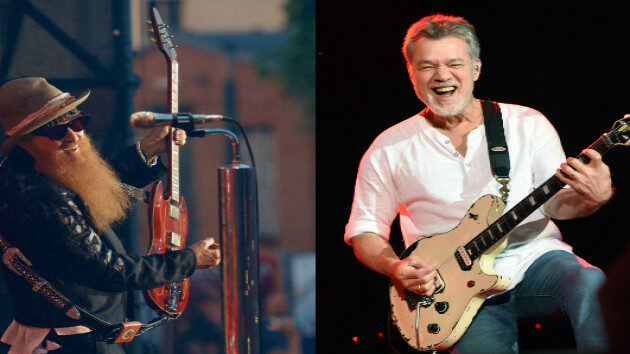 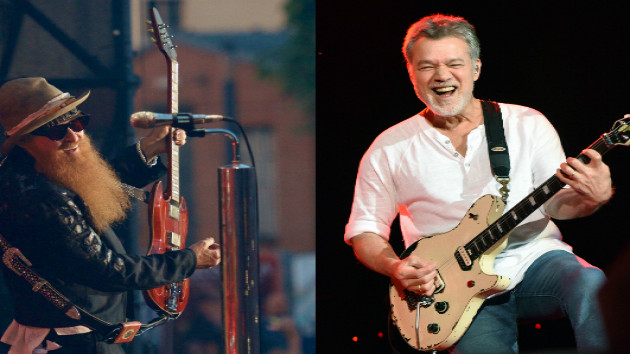 Blaine Claussen; Chris McKay/Getty Images for Live NationZZ Top's Billy Gibbons is one of many well-known musicians mourning the loss of Eddie Van Halen, who died of cancer on Tuesday at age 65.

Gibbons tells ABC Audio that he was not only impressed by Van Halen's technical ability and unique style, but that the guitar great always performed with a big smile on his face.

"He was always ready to deliver," Billy says of his fellow Rock & Roll Hall of Famer. "Even [with] the most ferocious riffs and with that technique, it was really gratifying to be in front of a guy that genuinely appreciated and enjoyed every single moment."

Regarding Van Halen's guitar playing, Gibbons maintains, "Eddie's technical prowess is nearly unsurpassed. When it comes [to the] hammer-on [style], he's one of the guys that not only did it best, but did it fast, he did it furiously. And I know that we're gonna miss hearing some of that hammer-on stuff from Eddie V. What a great player. What a great guy."

Gibbons tells ABC Audio that the first time he met Van Halen was back in the 1980s at an after-show event held on the famous cruise ship the Queen Mary.

"[W]e started talking about cars and girls," Billy remembers. "And then we got into the real gist of it…talking about guitars."

Gibbons also fondly recalls a compliment that Eddie once gave him with regard to the band's 1973 song "Beer Drinkers and Hell Raisers," on which, notes Billy, "we employed that rather interesting hammer-on technique."

"He said, 'Okay, I took a page out of your book," Gibbons shares. "And I said, 'I think you pretty well did. You've taken it out to the stratosphere and back again.'"