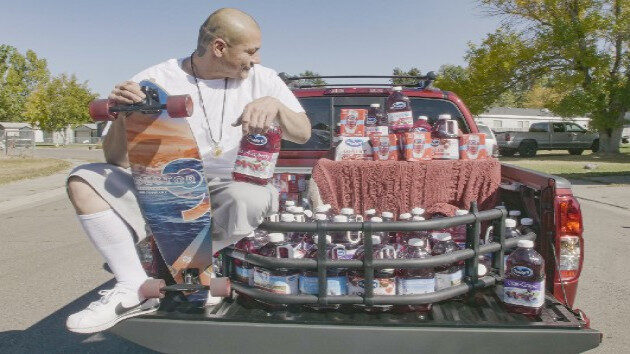 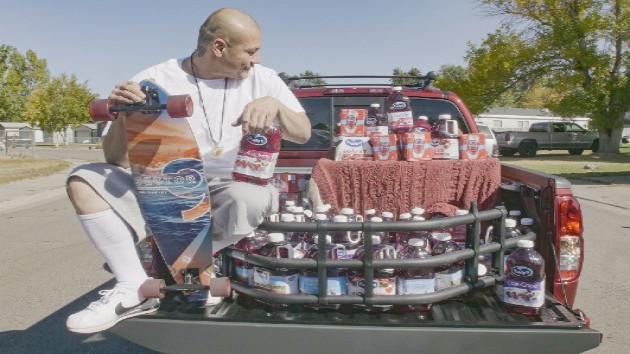 Courtesy of Ocean SprayWhen Idaho man Nathan Apodaca took a ride on a skateboard and swigged from a bottle of Ocean Spray Cran-Raspberry juice while grooving to Fleetwood Mac's "Dreams," the world fell in love with him -- and the song.  Now, a Fleetwood Mac member has personally thanked the overnight Tik Tok star for bringing renewed attention to their 1977 number-one hit.

While Apodaca was being interviewed by the BBC via Zoom, none other than drummer Mick Fleetwood himself popped onto the chat and said, "We owe you!  It's such a celebration...it's so joyous and fun."

Fleetwood, who even joined Tik Tok to make his own version of Apodaca's video, added, "It's such a great story and so needed in days that are really challenging...it makes people smile and I'm so happy to be part of it. And congratulations on a wild, wild skateboard journey that has led us to talking today. It's truly my pleasure!"

Apodaca thanked Mick and the band for retweeting his video and generally being supportive.  He also brought his 15-year-old daughter into the frame and talked about how she's a massive Fleetwood Mac fan who's always listening to "Gypsy" and "Landslide."

After the video went viral, "Dreams" had its largest-ever streaming week, with more than 8.47 million streams, according to The New York Times.

As for Apodaca, who works in a potato warehouse, he hasn't made out too badly, either: People who saw the video donated thousands of dollars to him, and earlier this week, Ocean Spray gifted him with a cranberry red Nissan pickup truck filled with gallons of Ocean Spray.