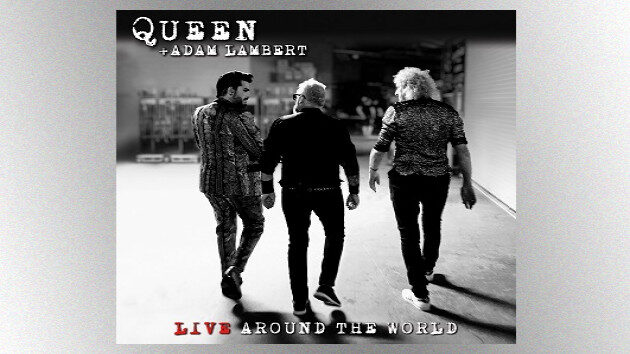 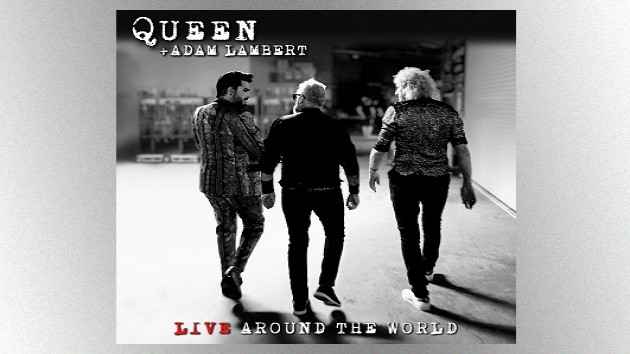 Hollywood RecordsQueen + Adam Lambert's new concert album, Live Around the World, has debuted at #1 on the U.K. Official Albums Chart.

The new record, which is Queen's first-ever release with the one-time American Idol finalist, is the band's 10th album to reach the top of the U.K. chart and its first in nearly 25 years to ascend to #1 in the group's homeland.

Queen guitarist Brian May and drummer Roger Taylor, as well as Lambert, shared their excitement over Live Around the World's chart achievement in a video posted at OfficialCharts.com and YouTube.

"Thank you, folks, for making us #1 after all these years," says May. "So Queen + Adam Lambert's very first release is #1…amazing…God bless you all."

Adds Taylor, Hey! Number one, my favorite number. It's been 25 years since Queen have had a number-one album in its purest sense…It's a thrill, still. And thanks to everybody who went out and bought it. I just hope you love it and enjoy it and get a lot of kicks out of it…We'll see you all on the road next year."

Meanwhile, Lambert declares, "Wow, Live Around the World went to #1 in the U.K.?!...Thank you guys so much for your support and hopefully we'll be back on the road very soon. I love you, Brian and Roger. I love Queen."

As previously reported, Live Around the World features performances personally selected by May, Taylor and Lambert from various concerts spanning from 2014 through early 2020.