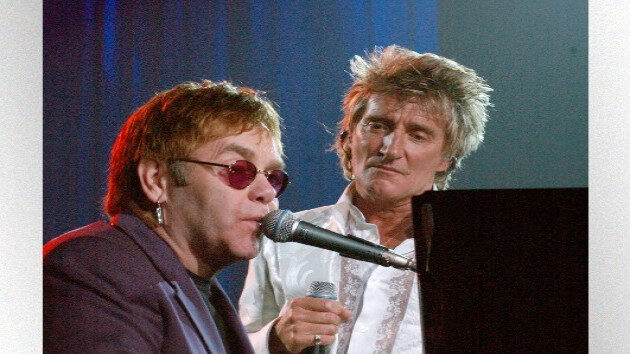 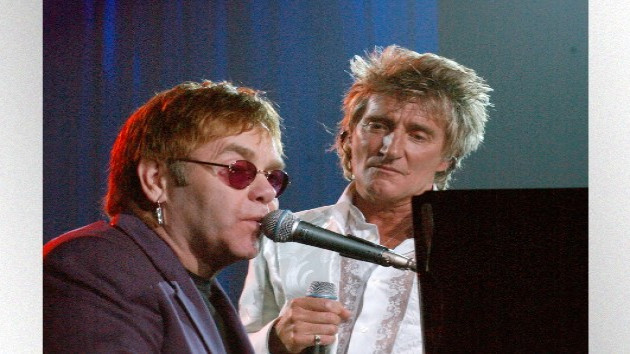 Denise Truscello/WireImageThe paperback version of Elton John's autobiography, Me, is coming out this month with a brand-new chapter detailing what's happened to Elton in the past or so.  And according to a British tabloid, one of the things he's going to discuss is the collapse of his relationship with Rod Stewart.

As previously reported, during a recent appearance on a podcast, Rod said he and Elton have had a "big falling out" and no longer speak to each other.  It's not clear exactly what caused the split, but it's thought that Rod's snarky comments about Elton's Farewell Tour -- in which he accused his old pal of just doing it for the money -- might be one of the reasons.  Rod has also had negative things to say about Elton's biopic, Rocketman.

During that same interview, Rod also claimed he emailed Elton and invited his two young sons over to his place to play soccer, but never heard back from him.

Now, a source close to Elton told The Sun, "Rod’s continued barbed and personal criticism of his recent successes has crossed a line beyond their usual friendly rivalry."

"Elton cherishes his friendship with Rod and hasn’t wanted to go public so made attempts to contact Rod directly to clear the air," the source dished. "When his requests to speak were either knocked back or went unanswered, Elton felt compelled to set the record straight with this new chapter in his autobiography."

And, says the source, Elton "insists he never heard from Rod via email or otherwise.”

Since the new chapter comes out in the U.K. tomorrow, it's likely we'll hear one way or another what Elton has to say about Rod.  The paperback version of Me isn't scheduled for release in the U.S. until later this month.