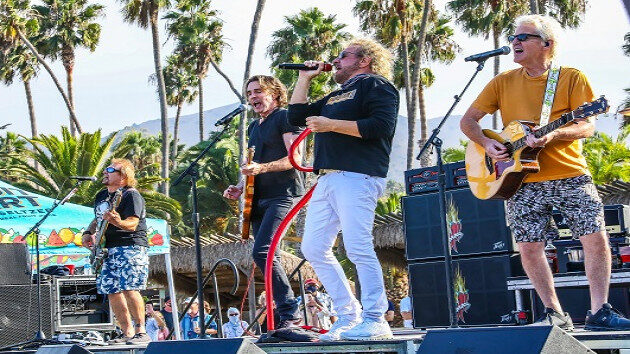 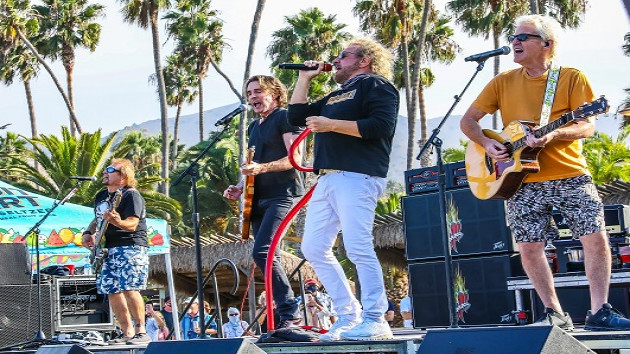 Credit: Leah SteigerHere's wishing a very happy and rocking birthday to Sammy Hagar, who turns 73 today. The Red Rocker usually celebrates his birthday by holding a star-studded, multi-day birthday bash at his Cabo Wabo Cantina in Cabo San Lucas, Mexico, but the COVID-19 pandemic forced him to change his plans this year.

Hagar and his current band The Circle played a socially distanced concert this past Thursday on a special stage set up on the beach at Two Harbors on the shores of California's Catalina Island. The show featured a few special guests, including REO Speedwagon's Kevin Cronin and Rick Springfield, and the audience was made up of people on chartered boats that purchased reserved mooring sites on the bay.

The good news is that the concert was professionally filmed in high-def and will be available as a pay-per-view event at nugs.net, airing this Saturday, October 17, starting at 9 p.m. ET. Those who purchase the stream will have 48 hours to watch the program.

In a post on REO Speedwagon's official site, Cronin reports that at the show, Hagar and The Circle, which also features founding Van Halen bassist Michael Anthony, played a special tribute to Eddie Van Halen, who had died two days earlier.

"Sammy and the Circle played a number of Van Halen songs, including a moving moment of silence before they launched into 'Right Now,'" writes Cronin. "With Eddie's passing, the world lost an iconic guitar player, but Sammy and Michael lost a friend."

Kevin adds, "I had almost forgotten how much fun it is to play live! I miss playing with my REO brothers, and can't wait to be back on stage together in your town!"

Cronin's own 69th birthday was on October 6, the same day Eddie died.