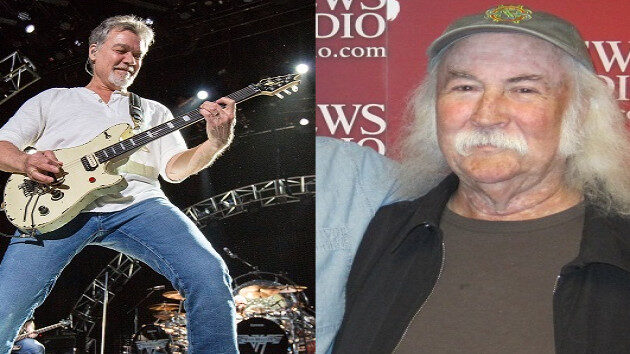 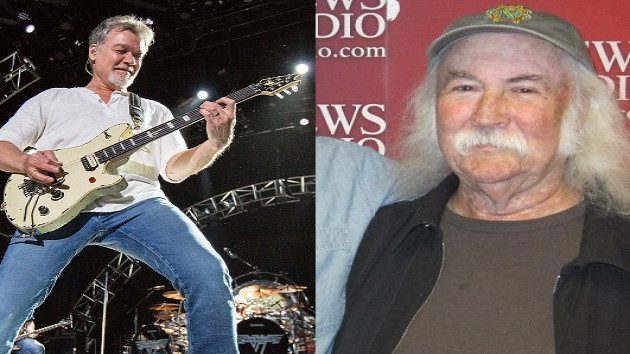 David Crosby is in extremely hot water for his one-word reaction to the passing of guitar great Eddie Van Halen.

The incident happened when a fan asked the Crosby, Stills & Nash and Byrds co-founder his thoughts, tweeting Sunday, "i know you're not into metal david, but what's your opinion on eddie van halen?"

"Meh..." was Crosby's indifferent response, which sparked an immediate backlash from the rock and music industry.

Tracii Guns of L.A. Guns blasted the 79-year-old Rock & Roll of Famer, responding with a profanity laced, "There are better ways to say you don't care for someone’s music. That was very disrespectful."

Shortly after posting, Twisted Sister's Dee Snider made it known he wasn't going to take that answer either, remarking, "Agreed. That said, I've always hated @thedavidcrosby AND his mustache. #JustSayin."

Crosby tried to backtrack his comments, but it appears his explanation did more harm than good when he wrote, "Sorry...just meant he does not move me much."

David expanded on the sentiment in a follow-up tweet, adding, "[Jimi] Hendrix changed the world of guitar. Nobody else really...look I get it...many of you loved Van Halen...and the one time I met he was nice...and he was talented...meh to me means I don't care that much...and I don't...doesn't mean he wasn't good, he was but not for me."

Despite the additions, followers say Crosby's remarks were uncalled for, especially because they were made so close to the Van Halen guitarist's passing.