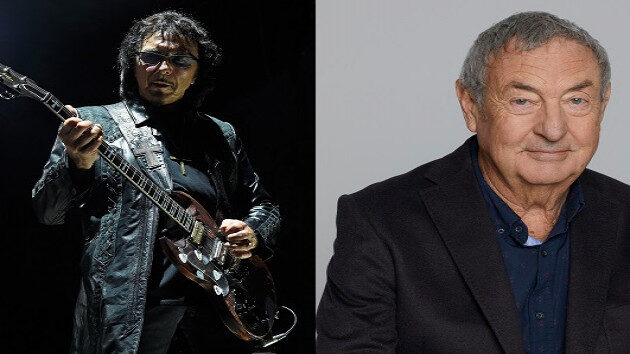 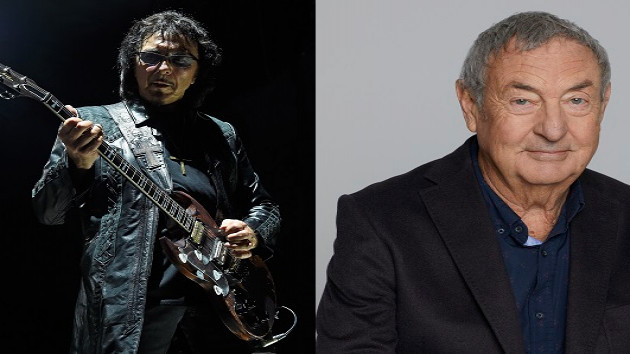 Kevin Mazur/WireImage; Paddy Balls/ Martin GriffinBlack Sabbath guitarist Tony Iommi has revealed that he recently played on a new track with Pink Floyd drummer Nick Mason that will be part of a benefit album for a cancer charity.

During a phone interview with La Heavy, a popular rock and heavy metal magazine in Spain and Latin America, Iommi reported, "I was asked if I'd play and come up with some riffs for it. There's a lot of other celebrities doing something for this album, so I said, 'Yeah, it'd be nice to do that.'"

The guitarist said that the session took place a few weeks ago, noting, "I think there's Nick Mason, myself, and I think Ronnie Wood is gonna play a bit on this track as well. I'm not sure. But, yeah, it was just interesting to do that."

Iommi also was asked about the status of a rumored collaboration between him and Queen guitarist Brian May, which he admitted hadn't come together yet.

"We've been talking for years about doing something together, and we haven't gotten 'round to it yet," Tony explained. "It's been difficult, because…both of us…were on tour, and then, of course, I was off tour, and then Brian's on tour doing the Queen tour, which became very successful. So they've been constantly touring. We haven't really gone any further with it."

Iommi also pointed out that "at the moment, Brian's been going through a lot of medical things," adding, "But who knows? Yeah, it'd be nice, at some point, to do something."

Iommi also revealed, "At the moment, I've actually started putting some ideas down myself now."

You can listen to audio of the interview at the Mariskal Rock TV YouTube channel.