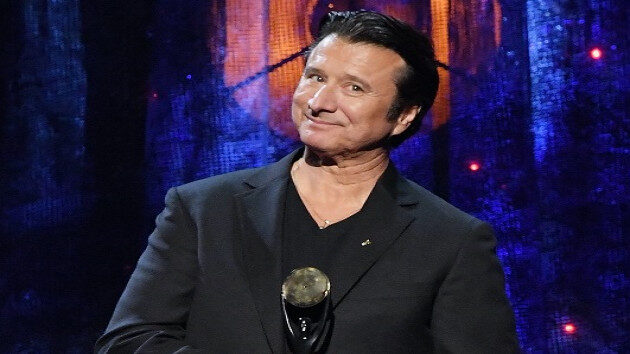 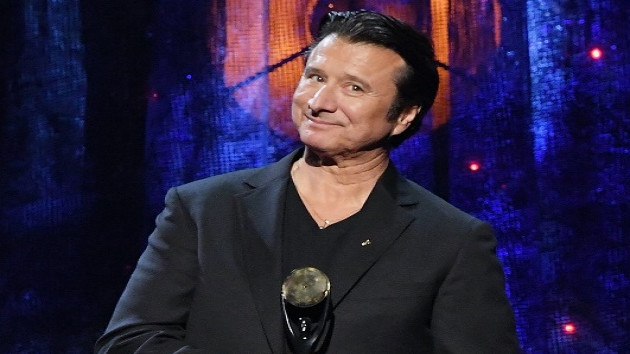 Mike Coppola/Getty ImagesFollowing the death of Eddie Van Halen on October 6, ex-Journey frontman Steve Perry phoned Rolling Stone to share some recollections he had of the guitar legend and of the time that Van Halen served as Journey's opening act back in 1978.

The two bands toured together for about eight weeks in early '78, during Journey's first significant headlining trek and the singer said he was blown away by how good Van Halen was.

"That band was so on fire and Eddie Van Halen was the driving, demonstrative force of that group," he noted. "The DNA was so strong musically between him and his brother Alex that when they played just on their own together, they sounded liked Led Zeppelin meets punk music."

Perry also praised the talents of frontman David Lee Roth and bassist Michael Anthony, maintaining that the group was "loaded with what they needed to…do what they did."

Perry also revealed that Eddie once asked if he wanted to jam shortly after Roth had left Van Halen, hinting that he may have had the opportunity to succeed Diamond Dave as the band's frontman.

"Man, at some level within me I felt so honored because I was in awe of Eddie's natural talent," Steve explained. "I wanted so badly to do that."

Perry inevitably decided not to jam with Van Halen because he felt he wouldn't be the right vocal fit for the band.