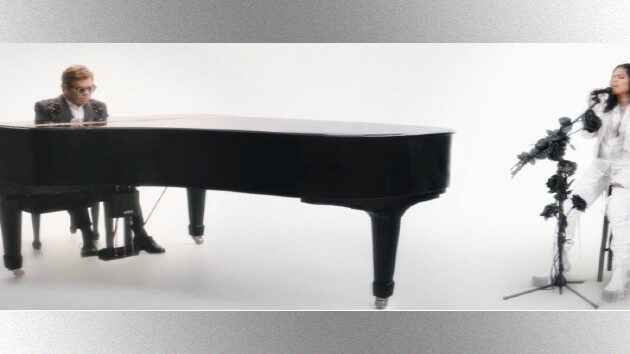 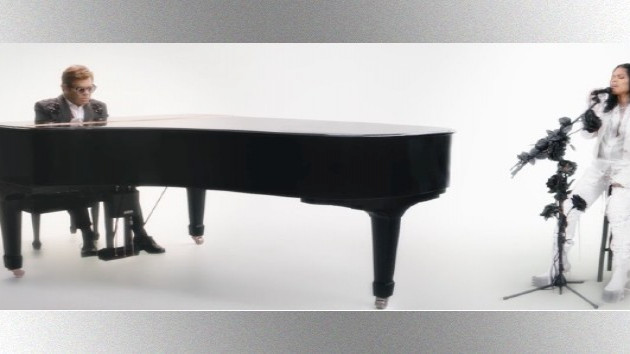 Def Jam RecordingsElton John has long been a fan of R&B singer, songwriter, actress, dancer and model Teyana Taylor, so when she asked him to appear in her latest video, he agreed right away.

Teyana herself directed the video, for her song "Lose Each Other."  In a statement, she says she wanted the video to feel "just as big" as the song, which is why she asked Elton to be part of it.

"Not that I thought it could really happen, but just putting it out there in the universe lol," she explained.  But as she was working out the logistics for the shoot, she said, "an international phone number calls me...and for a second I almost didn’t answer, but my intuition spoke, I answered."

She said she "freaked out" after hearing, "Hello darling, it's Elton. I'd LOVE to do your video!"

With Elton in London and Teyana in Atlanta, the two were unable to physically shoot the "Lose Each Other" video together due to COVID-19, so their scenes were blended together through the magic of technology.

After the video's release, Teyana and Elton both appeared on Instagram Live, where Elton praised Teyana for being one of the few artists "making fantastic music" today.

"Your music and artistry speaks for itself and I will be there over a million times to support you," gushed Elton, which had Teyana crying tears of joy. "You're doing the best stuff and telling it like it is."

Over the last seven months, Elton has also been in the videos for "The Pink Phantom," by British alt-rock group Gorillaz, and "Learn to Fly," by the pop duo Surfaces, but in those clips, he appears in cartoon form.