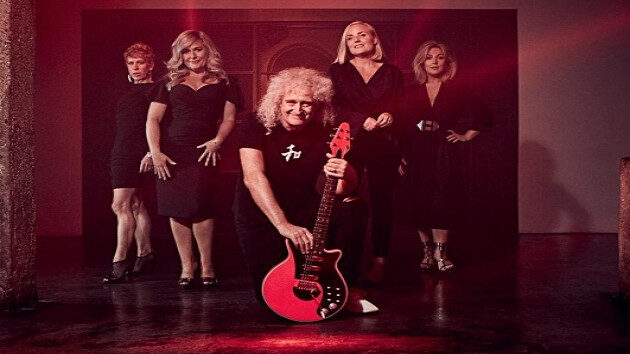 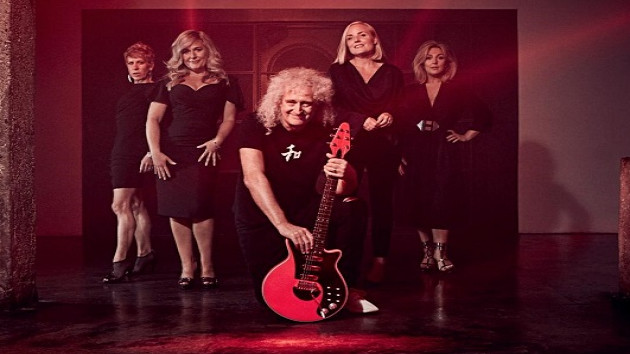 Credit: Yuval HenQueen's Brian May has contributed his guitar and production talents to a new version of the classic 1962 Jerry Leiber-Mike Stoller tune "I'm a Woman." It was recorded by a quartet of female vocalists called WOMAN in conjunction with Breast Cancer Awareness Month.

The track, which will be released as a digital download and via streaming services this Friday, October 23, will raise money for two leading U.K.-based women's cancer charities: Target Ovarian Cancer and The Caron Keating Foundation.

WOMAN features four stage veterans who are all alumni of the Queen musical We Will Rock You: Kerry Ellis, Anna-Jane Casey and sisters Gina and Mazz Murray.

A companion music video for "I'm a Woman" premiered today at May's official YouTube channel, featuring Brian and the members of WOMAN performing during a socially distanced shoot in East London.

Specially for the track and its video, May had the BMG label create the "World's Pinkest Pink Guitar" for him to play. Pink, of course, has long been the adopted color of Breast Cancer Awareness Month.

"This recording was conceived as a response to a calling to promote this great cause for women's health," says May. "But it evolved into a magnificently raunchy and defiant rock track in its own right. These four ladies all rock out sensationally, and it was pure joy to underpin their performances with my guitar."

WOMAN and May first performed "I'm a Woman" together at London's Royal Albert Hall in November 2009 at the "Pinktober Women of Rock Charity Concert," which benefited the Caron Keating Foundation.