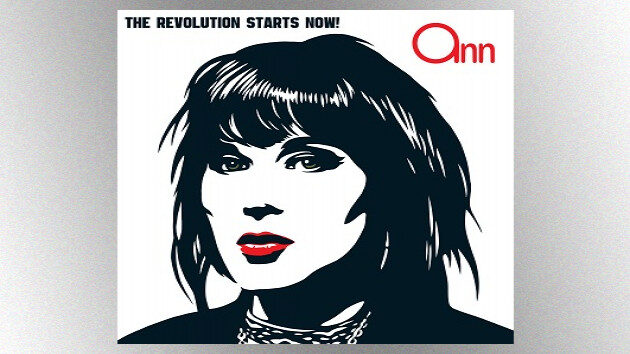 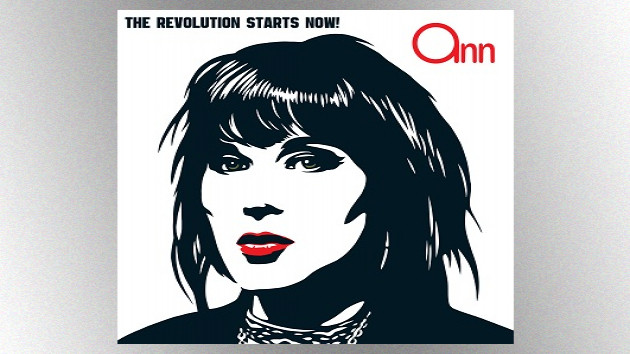 You also can check out the politically charged tune at her official YouTube channel. The art for the single was created by popular graphic artist Shepard Fairey.

"This is my first release since my 2018 solo album release, Immortal," says Ann in a statement. "'The Revolution Starts Now' is a powerful, uplifting anthem of unity. It's an incitement to think higher than polarization and derision. We need that now. I used to love this song in a 'fun' way. Nowadays, I take it much more seriously and urgently."

Reflecting on the current volatile climate in the U.S., Wilson tells Rolling Stone, "Things are just building and have been building for a long time for this sort of fever pitch before the election, and I have never seen a time when people have been so divided.

She adds, "Even with the pandemic, which could have been a real unifier, it seems like there's the lowest common denominator in human nature at play, where everyone's just all split up and divided and hating each other. So this song talks about thinking higher."

Ann has spent much of the COVID-19 pandemic quarantining with her husband at their Florida residence, but the couple recently rented a tour bus and took a long road trip that included stops in visiting Los Angeles, San Francisco and her hometown of Seattle. While in Seattle, Wilson recorded some new music.

Meanwhile, Ann tells Rolling Stone that she and sister Nancy likely won't tour with Heart again until there's a coronavirus vaccine and things are safe.