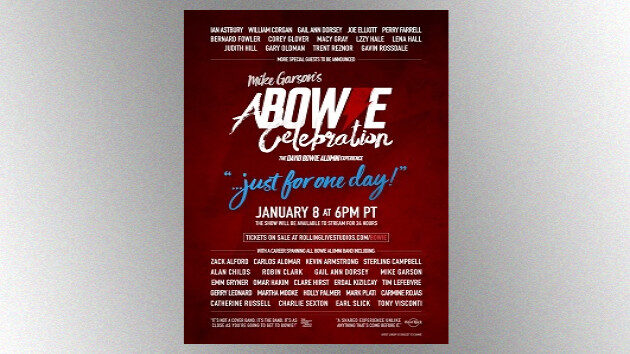 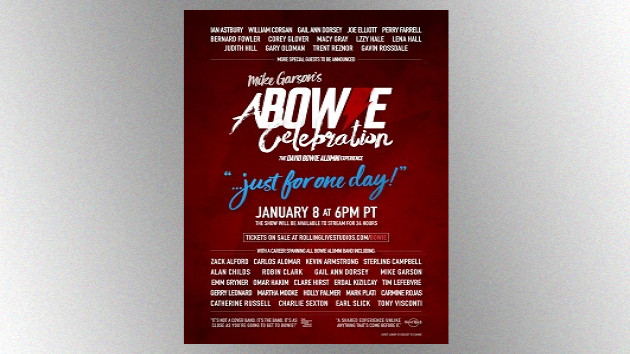 Courtesy of Rolling Live StudiosDef Leppard's Joe Elliott is part of an impressive lineup of famous singers who will perform during an upcoming livestream event in honor of what would've been David Bowie's 74th birthday.

The online concert, dubbed A Bowie Celebration: Just for One Day!, will air January 8, 2021, which also is two days before the fifth anniversary of the rock legend's passing.

The concert's house band will feature a variety of musicians who toured and collaborated with Bowie throughout his career, including frequent producer Tony Visconti and members of the group with whom David recorded his final album, Blackstar.

"I reached out to friends who had played with David, people who grew up listening to him, those he inspired and influenced," Garson explains. "Artist after artist I spoke with, each immediately understood my vision and enthusiastically said yes to taking part in this special show."

He adds, "David left the world with an amazing and enduring library of music and this is the perfect time to be able to share that music in such a unique and cathartic way."

Since 2018, Garson has organized and taken part in a Bowie tribute tour featuring other Bowie touring alums and guest singers, but the trek was put on hold this year because of the COVID-19 pandemic.