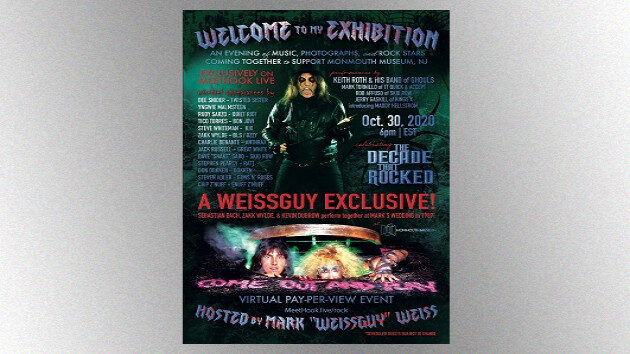 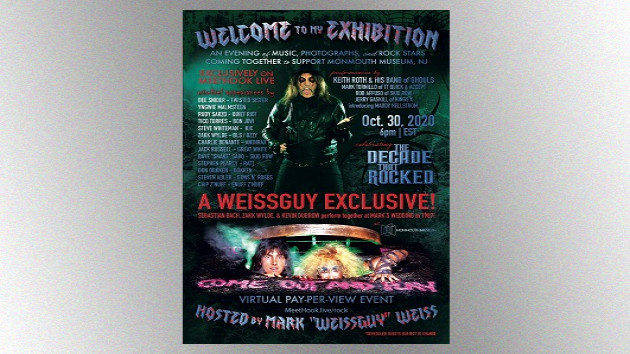 In addition, the online bash will feature the screening of a rare 1987 video of late Quiet Riot frontman Kevin DuBrow, ex-Skid Row singer Sebastian Bach and Wylde performing the Quiet Riot hit "Bang Your Head" at Weiss' wedding in Red Bank, New Jersey. DuBrow, who died in 2007, would have celebrated his 65th birthday on Thursday, October 29.

Viewers of the pay-per-view event also will have the opportunity to win an 11-by-14-inch photo of Alice Cooper taken in 1987 by Weiss and signed by the shock rocker and Mark.

You can check out a promo video for the event featuring Weiss walking around his exhibit dressed as Cooper, as well as clips of Snider and Wylde, at The Decade That Rock's YouTube channel.