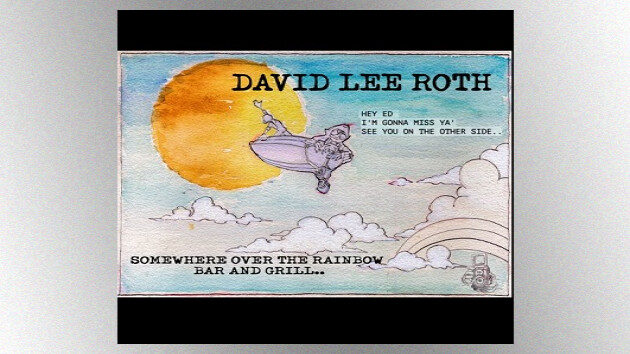 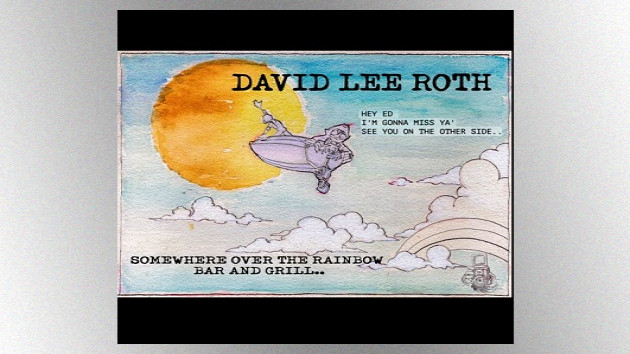 The tune is available now as a digital download and via streaming services, and you also can check it out at Roth's official YouTube channel. The cover art is a cartoon by Diamond Dave that shows a motorboat carrying what appears to be a robot and a froglike character through the clouds toward the sun. The art features a message for Van Halen that reads, "Hey Ed…I'm gonna miss ya'…See you on the other side."

The song actually dates back about six years, and is part of an unreleased album project that Roth recorded with current Rob Zombie guitarist John 5, who played with the David Lee Roth Band from 1998 to 2003. In a 2014 interview with rock journalist Mitch Lafon, John 5 revealed that he'd recorded an album with Roth featuring "11 of the greatest songs you'll ever hear," one of which was "Somewhere over the Rainbow Bar and Grill."

The acoustic guitar-driven track celebrates Roth's early days hanging out at the famous Sunset Strip club,  the Rainbow Bar and Grill, in the days before Van Halen became superstars. It includes lyrics lifted from Elton John's chart-topping 1972 hit "Crododile Rock": "Never knew me a better time, and I guess I never will."

In related news, Roth has launched an interactive online comic on his official website that tells the story a futuristic murder mystery. It was written, narrated, illustrated and scored by Diamond Dave. In addition, "Somewhere over the Rainbow Bar and Grill" and four other songs co-written by Roth and John 5 are featured as part of the score.