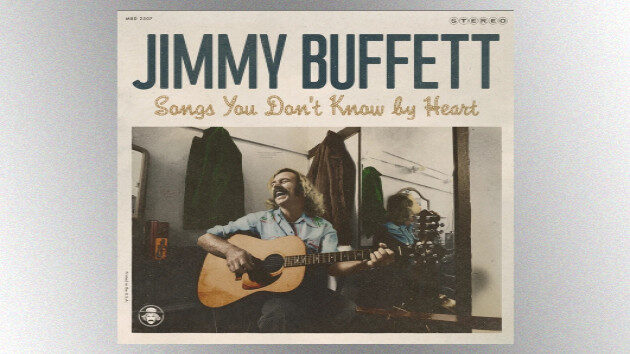 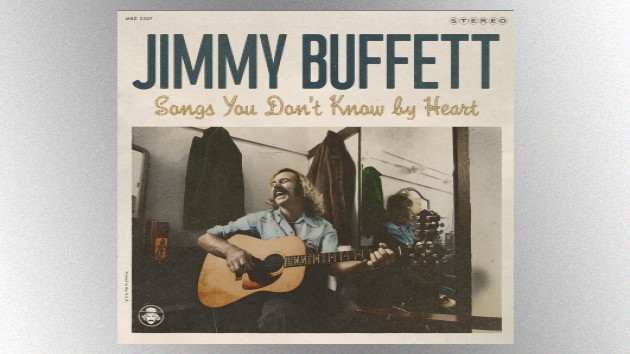 Mailboat RecordsJimmy Buffett will release a new album called Songs You Don't Know by Heart on November 20 that features acoustic performances of various early tunes penned by the lauded singer/songwriter, including many he's rarely played live.

The 15-track album, which you can pre-order now, was inspired by a series of weekly videos of Jimmy playing these songs that were shot by his daughter Delaney during the COVID-19 lockdown and posted on Margaritaville.tv. The clips also featured Delaney interviewing her dad about the tunes.

The songs Buffett performed were chosen by fan vote via his social media sites.

"The concept was to film dad and give intimate looks into songs and go down memory lane," Delaney told Newsweek in August. "I sat down one-on-one with him and got an unplugged version of these songs. Not only to jog his memory, but also mine to remember the stories he would tell. Some songs he knew off the cuff, and others it took some time for him to remember."

Songs You Don't Know by Heart's title is play on the name of Buffett's multi-platinum 1985 best-of album Songs You Know by Heart. The new record was produced by Mac McAnally, longtime guitarist of Jimmy's Coral Reefer Band, and includes musical contributions from Mac and two other Coral Reefer members -- guitarist Peter Mayer and percussionist Eric Darken.

In a video message posted on his official YouTube channel, Buffett says, "[I]t's been a large silver lining to spend this time with Delaney, revisiting these old songs, having the time to recall inspiration that led to these early songs."

He adds, "If it wasn't for you requesting these songs…I would not know [them] now by heart, and I do, 'cause I had to learn them again."