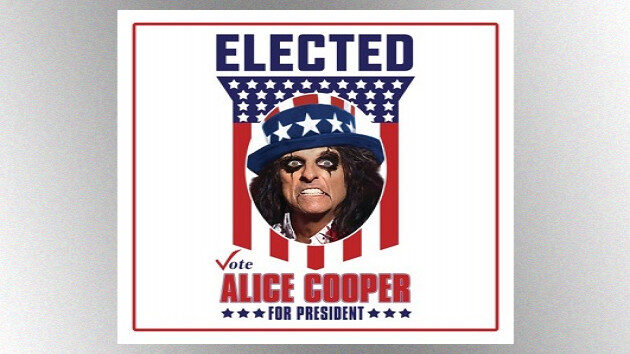 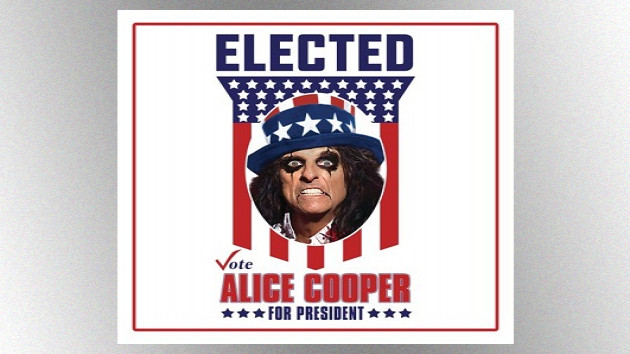 UMeLast month, Alice Cooper released a new animated lyric video for the 2016 version of his 1972 song "Elected" in conjunction with launching a new, tongue-in-cheek 2020 presidential campaign. Now the shock rocker has posted a "fact video" for "Elected" featuring historic bits of trivia and quotes about the song.

The minute-long clip, streaming on Cooper's YouTube channel and which features a segment of the original "Elected" music video, begins by noting that the song was released in 1972, was re-recorded in 2016 and was the first single from the 1973 album Billion Dollar Babies to chart on the Billboard Hot 100.

The video reports that it reached #26 in the U.S., as well as #3 in Austria and Germany, #4 in the U.K., #5 in The Netherlands and #8 in Ireland. The clip also notes that the track was produced by longtime Cooper collaborator Bob Ezrin and is built around the riff and melody from the 1969 Alice Cooper tune, "Reflected."

The video then presents a quote from Cooper about "Elected": "Bob knew how to get your records played on the radio and when he added the orchestration at the end…the song became so theatrical and that was what Alice Cooper was all about."

The clip also notes that the song was lyrically inspired by President Richard Nixon, followed by another quote from Alice explaining, "I figured the only person that was more offensive than Nixon was me."

The video also features a comment maintaining that "Elected" is "a great satire of what it takes to become President of the United States."

As the video winds down, another graph offers that the tune ends with "the most honest campaign pledge ever: Everybody has problems. And personally, I don't care."