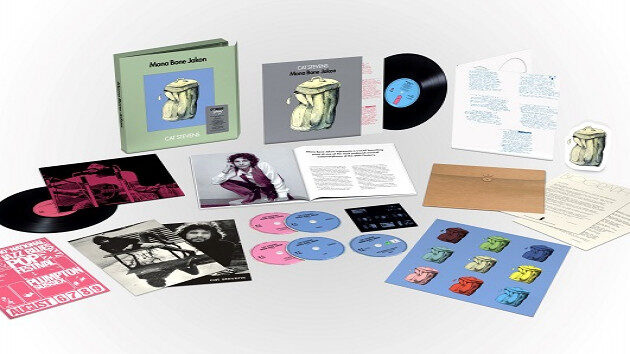 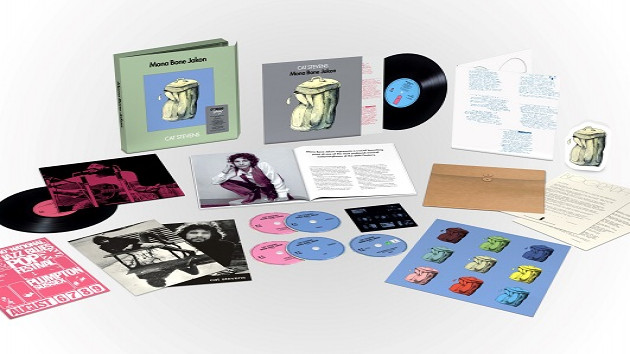 A&M/UMeYusuf, the artist also known as Cat Stevens, has released a recently rediscovered video for his song "Lady D'Arbanville." It'll be included on the upcoming 50th anniversary box-set reissue of his 1970 album Mona Bone Jakon.

The black-and-white video features actress/model Patti D'Arbanville, who was Stevens' girlfriend at the time and the inspiration for the song. She's seen walking around a Gothic English mansion as if she were a ghost. The clip, which you can watch at the official Yusuf/Cat Stevens YouTube channel, also includes footage of Stevens singing the tune and playing acoustic guitar.

"Lady D'Arbanville" was the only hit single released from Mona Bone Jakon, reaching #8 on the U.K. chart. You can check out an in-depth article about the song at CatStevens.com.

As previously reported, Stevens will be releasing 50th anniversary collections of the two memorable albums he put out in 1970 -- Mona Bone Jakon and Tea for the Tillerman -- on December 4 in multiple configurations.

The deluxe box-set edition of Mona Bone Jakon features four CDs, a Blu-ray and two 12-inch vinyl discs. The CDs include a newly remastered version of the album; a 2020 mix of the record; a disc of demos; and a disc of live performances recorded in 1970 and 1971.

The Blu-ray contains music videos, and footage from various TV shows and concerts. The vinyl discs feature the 2020 mixes of the albums and live performances.  The "Lady D'Arbanville" video will appear on the Blu-ray.

In addition, audio of a live BBC radio performance of "Lady D'Arbanville," which is featured on one of the bonus CDs, has been released digitally in advance of the Mona Bone Jakon box set.

Visit CatStevens.com for full details about the reissues.