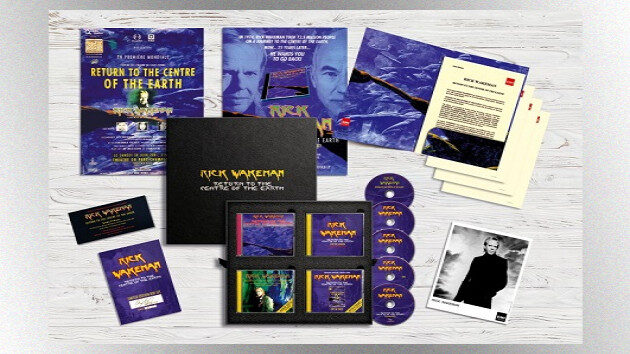 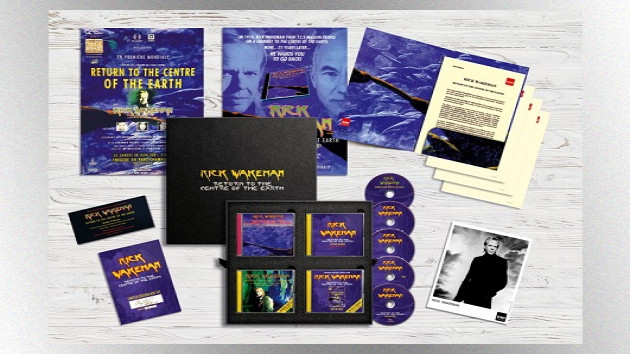 Courtesy of Rick WakemanExpanded versions of former Yes keyboardist Rick Wakeman's 1999 concept album Return to the Centre of the Earth are expected to be released by Christmas.

The record was a sequel to Wakeman's 1974 concept album, Journey to the Centre of the Earth, which was based on Jules Verne's classic 19th century science-fiction novel of the same name.

For the project, Wakeman wrote a new story about three adventurers who attempt to embark on the same journey made by the original book's characters 200 years later.

The Super Deluxe box-set edition of Return to the Centre of the Earth features the album on CD and on two LPs pressed on 180-gram vinyl; a double-CD boasting a full performance of the record from a concert in Canada; a CD of radio edits; a DVD featuring surround-sound and enhanced-stereo mixes of the record, plus 80 minutes of unseen footage shot at an album-release party; reproductions of a press pack and press photo; posters; and more.

A Deluxe version of the Return to the Centre of the Earth reissue features everything the Super Deluxe edition has except the two-LP set. You can pre-order both versions now at RickWakemansMusicEmporium.com.

"I am immensely proud of Return to the Centre of the Earth, as when I look back, it appears to have been almost suicidal to have recorded and released it when prog was at such a low status," Rick says in a statement.