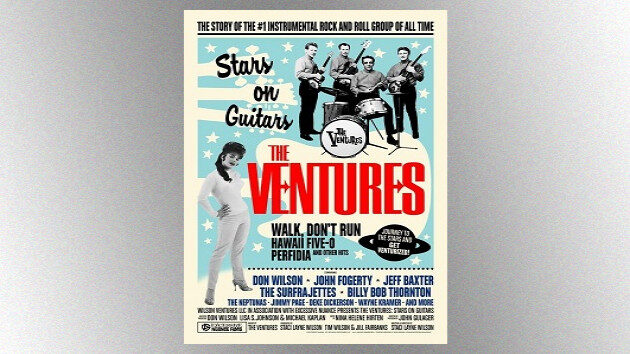 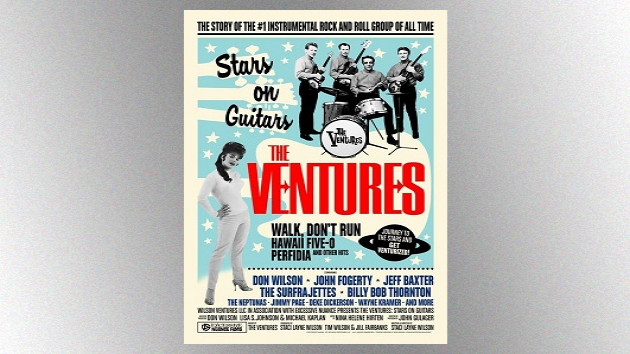 Vision FilmsLed Zeppelin's Jimmy Page, former Creedence Clearwater Revival frontman John Fogerty and The Guess Who's Randy Bachman are among the famous music artists who appear in a new documentary about the lauded surf-rock instrumental group The Ventures that will be released December 8 on DVD, as well as on cable, steaming and video-on-demand platforms in the U.S. and Canada.

The film, The Ventures: Stars on Guitars, is told from the point of view of Don Wilson, the band's last surviving original member, and was directed by Don's daughter Staci Layne Wilson.

"Three years ago, I realized I had to make a documentary about my dad's band, The Ventures," notes Staci Wilson. "As their 60th anniversary approached, I wanted to make sure that there would be fanfare and celebration. This is my dad's story, and I am so proud to be able to bring it to the world."

Check out a trailer for The Ventures: Stars on Guitars at the Vision Films YouTube channel.