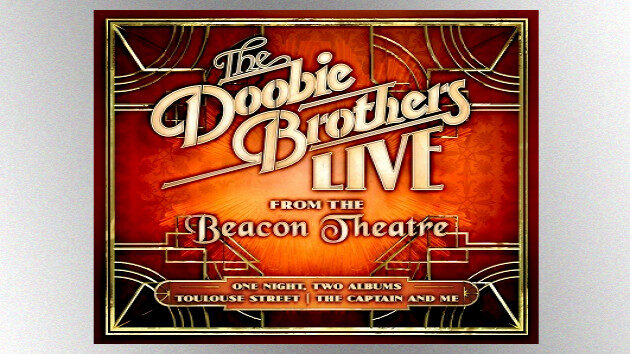 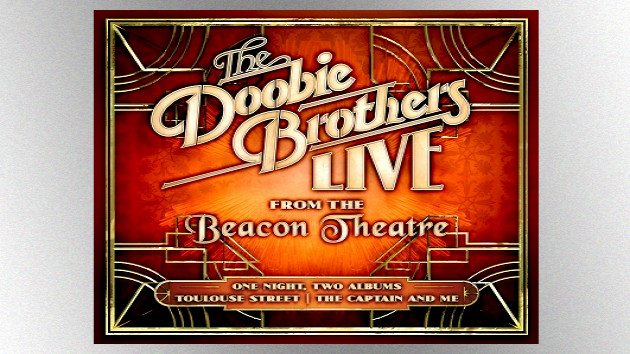 RhinoFresh from their induction into the Rock & Roll Hall of Fame earlier this month, The Doobie Brothers have announced plans for a debut digital release this week of their 2019 concert video, Live from the Beacon Theatre.

In celebration of the release, the film will be streamed on the band's Facebook page this Thursday, November 19, at 8 p.m. ET/5 p.m. PT.

Live from the Beacon Theatre features footage of the veteran rockers from two November 2018 shows at the famed New York City venue, during which they performed their full second and third albums, 1972's Toulouse Street and 1973's The Captain and Me.

This marked the first time that The Doobie Brothers ever performed any of their albums in their entirety live.

The special Beacon shows began with a set featuring all of Toulouse Street, then an intermission, and then a full performance of The Captain and Me. The concerts' encore included two later Doobie Brothers hits -- the 1974 chart-topper "Black Water" and their cover of the Motown gem "Take Me in Your Arms (Rock Me)" -- as well as a reprise of Toulouse Street's lead track, "Listen to the Music," with a horn section accompanying the group.

Toulouse Street also includes the band's cover of the 1966 gospel tune "Jesus Is Just Alright" and the classic-rock staple "Rockin' Down the Highway." Among the classic songs on The Captain and Me are "China Grove" and "Long Train Runnin'."

The Doobies have posted a video clip from Live from the Beacon Theatre of the "Listen to the Music" encore on their official YouTube channel.

The Live from the Beacon Theatre concert video originally was released in June 2019 on Blu-ray and as part of a DVD/two-CD package.