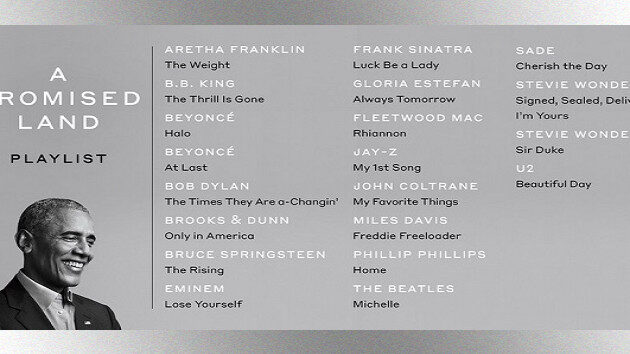 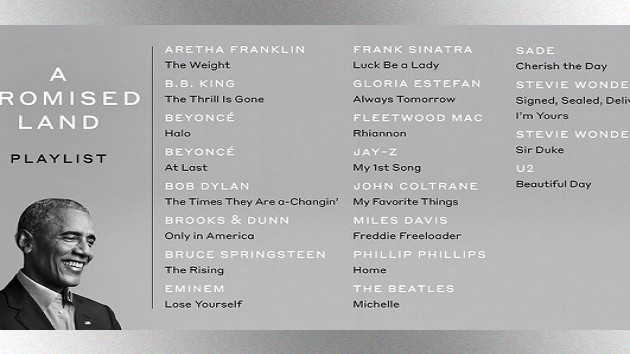 Courtesy of SpotifyFormer President Barack Obama has unveiled a new Spotify playlist in honor of the release of his presidential memoir, A Promised Land, out today -- and it features wide variety of artists, including veteran acts The Beatles, Fleetwood Mac, Bruce Springsteen, Stevie Wonder, U2 and Aretha Franklin.

The list, personally curated by Obama himself, features songs mentioned in the book, as well as tracks that reflect his time in office.

The playlist kicks off with the Queen of Soul's rendition of The Band's "The Weight," and also features the Beatles song "Michelle," which Paul McCartney himself once sang to the former president's wife, Michelle Obama, at the White House.

"Music has always played an important role in my life—and that was especially true during my presidency," Obama tweeted Monday. "In honor of my book hitting shelves tomorrow, I put together this playlist featuring some memorable songs from my administration. Hope you enjoy it."