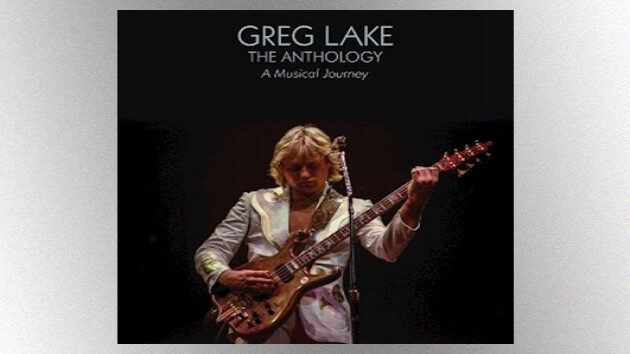 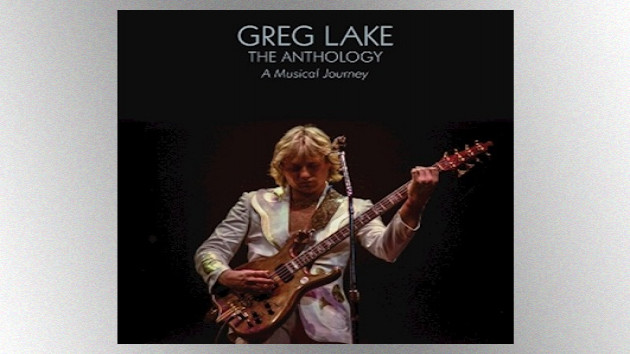 BMGA new compilation that takes a career-spanning look at the music of late prog-rock legend Greg Lake will be released this Friday, November 20.

Greg Lake: The Anthology, A Musical Journey is a 33-track collection that features highlights from Lake's work with Emerson, Lake & Palmer and King Crimson, as well as selections from his solo career, his various collaborations and his early bands The Shame and The Shy Limbs.

Among the album's many highlights are memorable ELP songs like "Lucky Man," "From the Beginning," "Still…You Turn Me On," "C'est La Vie," and the holiday classic "I Believe in Father Christmas."

It also features a 1969 live King Crimson performance of "The Court of the Crimson King," a 1981 live solo rendition of King Crimson's "21st Century Schizoid Man," a pair of solo concert performances from 2012, and a remake of the ELP tune "Closer to Believing" that Greg recorded shortly before his death.

The Anthology will be offered as a deluxe two-CD set, a two-LP vinyl package and digitally.  It also features a booklet with comprehensive notes, tributes from Lake's friends and musical associates, rare and unseen photos, and more.

In advance of the compilation's release, a fully restored version of Lake's 1975 promo video for "I Believe in Father Christmas" has premiered at Greg's official YouTube channel. The clip was partly shot on Egypt's Sinai Peninsula and in the caves where the historic Dead Sea Scrolls were discovered. Lake co-wrote "I Believe in Father Christmas" with fellow co-founding King Crimson member Peter Sinfield, and the song reached #2 on the U.K. singles chart.

Here's the full track list of Greg Lake: The Anthology, A Musical Journey: