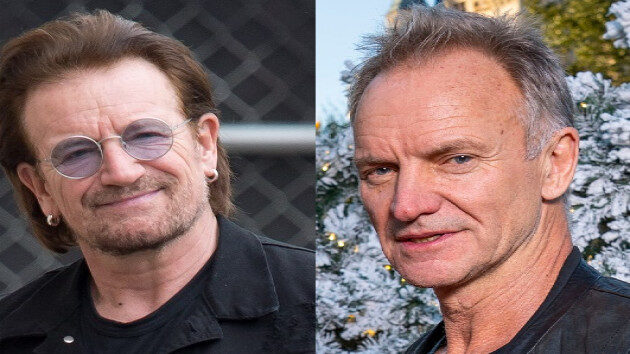 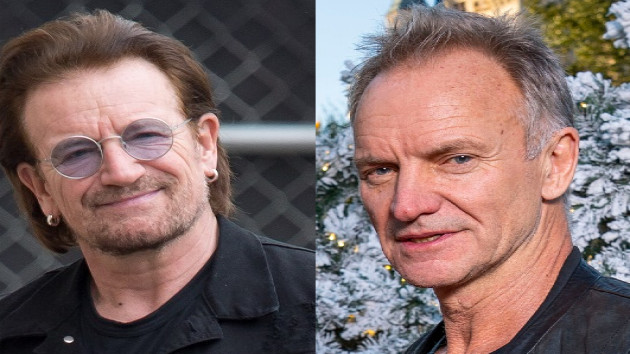 RB/Bauer-Griffin/GC Images; ABC/Matt StroshanePeople magazine has unveiled the honorees for its 2020 "Sexiest Man Alive" issue, and among the alluring guys singled out are a couple of Rock & Roll Hall of Famer -- U2's Bono and former Police frontman Sting.

The two singers were part of the issue's "Sexy at Every Age" list, which names one man each for ages 30 through 69. Bono is the pick for the 60-year-old, while Sting, who is 69, rounds out the tally. Other music artists appearing on the list are 39-year-old Justin Timberlake and 67-year-old Michael Bolton.

This year's honoree for "Sexiest Man Alive" is actor Michael B. Jordan, known for his roles in Black Panther, the Rocky sequel Creed and the TV series The Wire and Friday Night Lights.