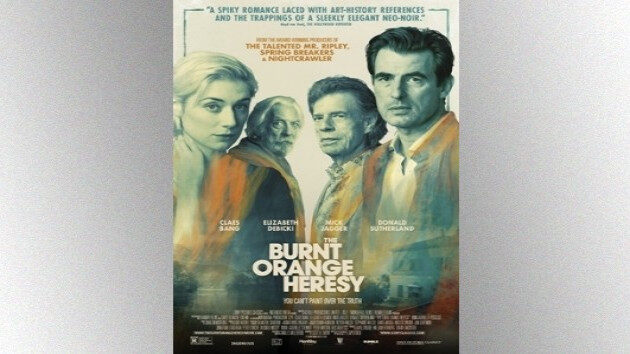 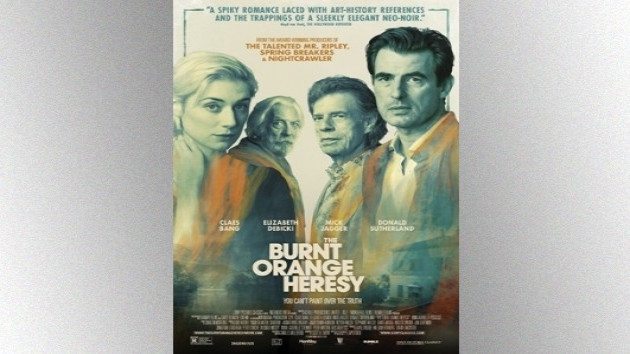 The Burnt Orange Heresy, a movie featuring Mick Jagger in his first acting role since 2001, comes out tomorrow on DVD, digital and Blu-ray. Jagger plays Joseph Cassidy, a rich and manipulative art dealer who tries to persuade a washed-up art critic to steal a painting for him.

Jagger's character lives in a sumptuous home in Lake Como, Italy.  The art critic and his girlfriend -- played by Claes Bang and Elizabeth Debicki -- visit him there.  Cassidy dangles the opportunity for the critic to interview a reclusive painter, played by Donald Sutherland, if he'll steal one of the painter's works for him.

In an interview clip from the package featured exclusively on Billboard, Mick says he thought playing a man who's "quite a bit crooked" was a good fit for him.  He says he could relate to Cassidy because, as he notes, "I'm a bit in the art world. I mean, I have been in and out of it for a long time."

"So I thought the Cassidy character kinda suited me and he was a kind of charming, rather malignant person," Jagger adds. "He's quite a bit crooked. He's very invasive of other people."

As Cassidy, Jagger notes, "I've got a goal and I pick this guy. I've got to reel him in like a fish and make him do what I want."

Of course, if there's one thing Mick has taught us, it's that you can't always get what you want.

As for Mick's day job, he told BBC Radio last month that the Rolling Stones have been working on "a bunch of tracks" for a new album, but he's not sure when they'll be finished.