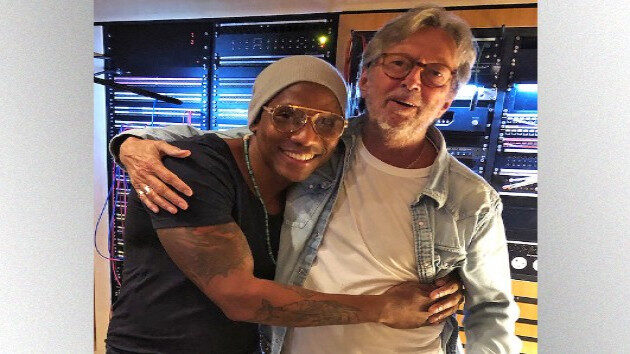 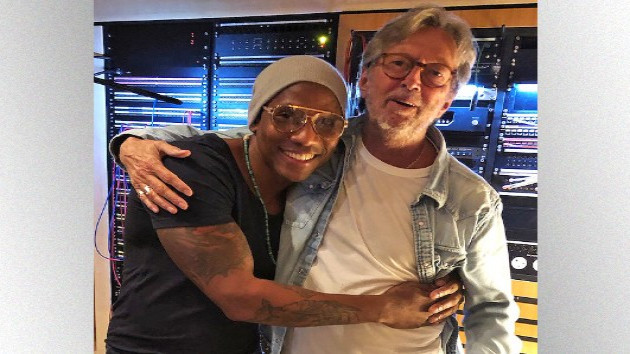 Paul SiegelEric Clapton has contributed guitar and vocals to a new version of his song "My Father's Eyes" recorded by top Latin percussionist Pedrito Martinez  -- and the unusual collaboration apparently came together as a result of some great Cuban food.

Apparently, several years back, Martinez and Clapton met at a Cuban restaurant in New York City called Guantanamera: Clapton liked eating there, and Martinez's group got its start there. Last year, Martinez got the idea to record a new version of "My Father's Eyes," a 1998 single from Clapton's album Pilgrim. He sent it to Clapton, who invited him to London so they could work together more closely.

Clapton ended up contributing vocals and guitar to the song, and he also played guitar on two additional tracks on Martinez's upcoming album Acertijos -- which is Spanish for Riddles -- due out early next year.

The song is now available as a digital single.

Clapton wrote "My Father's Eyes" about the fact that he never met his father, a Canadian soldier named Edward Fryer. Fryer shipped out before Clapton was born, and then returned. Young Eric was raised believing his grandmother was his mother, and his mother, Patricia -- who had him when she was just 16 -- was his older sister.