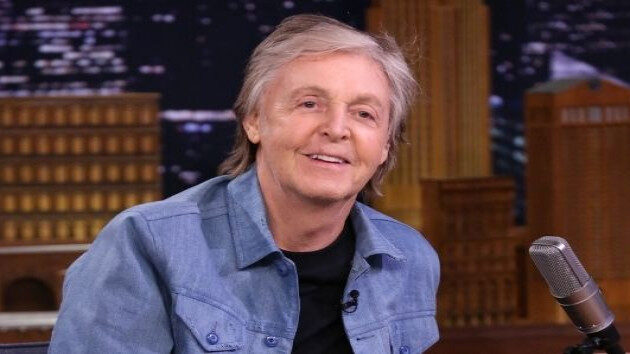 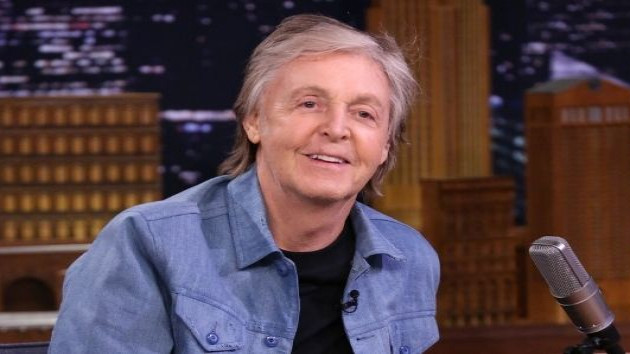 In advance of the release of Paul McCartney's new solo album, McCartney III, the former Beatles legend paid a visit to Friday's The Tonight Show and discussed the project with host Jimmy Fallon.

Paul recorded McCartney III at his studio in Sussex, U.K., while quarantining with his daughter Mary and her family, and he told Fallon that it grew out of another project on which he and a friend had been working.

The project is considered a sequel to his 1970 debut, McCartney, and his 1980 album, McCartney II, because he recorded all three albums almost entirely by himself.  Paul even came up with the idea for the cover art, which simply bears his name above a single die showing three dots.

"I was just thinking,...'We could just have...you know, a normal three, or we could have Roman numerals,'" he explained.  "And and I said, 'Well how else...can you do a three?' And I thought of dice...And thought that'd just be kinda cool."

Paul says he got feedback on the project from his daughter and her family.

"The kids are running around, and one of them said, 'What did you do at the studio today?'  I said, ahhh, pulled my phone out.  Get the little boom box going.  And I play it so they got a preview of the whole album a day at a time," he told Fallon.

The album's first single, "Find My Way," dropped at midnight.