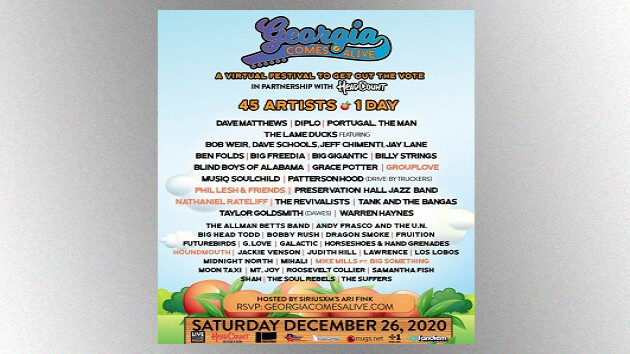 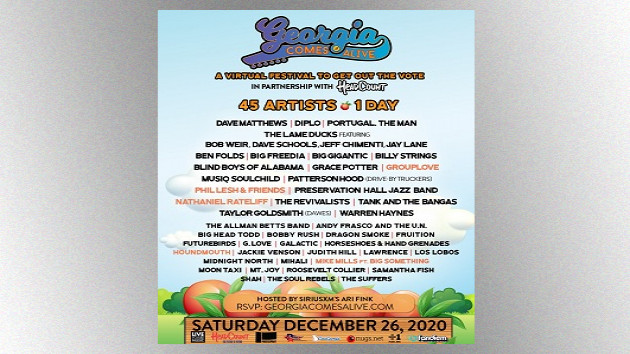 Courtesy of HeadCountThe Grateful Dead's Phil Lesh and R.E.M.'s Mike Mills are among several new artists who have joined the lineup of Georgia Comes Alive, a virtual festival scheduled for December 26 that seeks to encourage voter participation in the upcoming Georgia Senate runoff election.

Lesh will play with his Phil Lesh & Friends collective, while Mills will be performing with a Vermont-based band called Big Something. Other new additions to the bill include Nathaniel Rateliff, Grouplove and Houndmouth.

Weir will perform as part of a group called The Lame Ducks that also features two members of his longtime side band, RatDog -- guitarist Jeff Chimenti and drummer Jay Lane -- and Widespread Panic bassist Dave Schools.

The event, organized by the HeadCount voter-registration organization, will air December 26 at 3 p.m. ET.

For more info, visit GeorgiaComesAlive.com. The Georgia runoff election is scheduled for January 5, 2021.