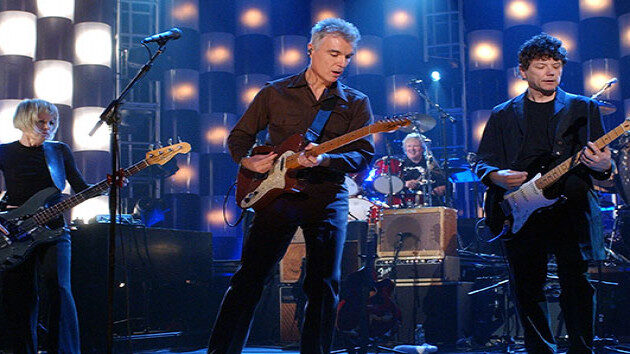 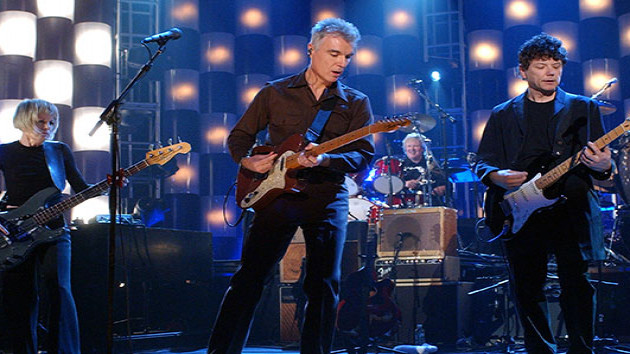 Talking Heads in 2002; KMazur/WireImageTalking Heads is among the artists the Recording Academy will be presenting with Lifetime Achievement Awards next year in conjunction with the organization's annual Special Merit Awards.

The honorees will be recognized on the 63rd Annual Grammy Awards, which will air on CBS on January 31, 2021, and also will be saluted at a special award-presentation event that will be scheduled at a later date. Finalizing the event's details remain challenging because of the ongoing COVID-19 pandemic.

According to a press statement, Talking Heads are being acknowledged as an influential new wave band that blended "elements of punk, rock, art pop, funk, and world music with an avant-garde aesthetic." The group was inducted into the Rock & Roll Hall of Fame in 2002.

The Special Merit Awards honorees also include recipients of the Trustees Awards, which recognize non-performers who have made significant contributions to the music industry. The 2021 honorees are prolific producer, songwriter and label owner Kenny "Babyface" Edmonds, jazz composer Benny Golson, and lauded studio engineer Ed Cherney.

Babyface has helped mold the careers of dozens of artists in various genres and has penned hit songs for the likes of Whitney Houston, Madonna, Eric Clapton and many more, as well as mounting his own successful career as an artist.

Cherney, who died in 2019, mixed and engineered albums for such artists as The Rolling Stones, Bob Dylan and Fleetwood Mac, among many others.