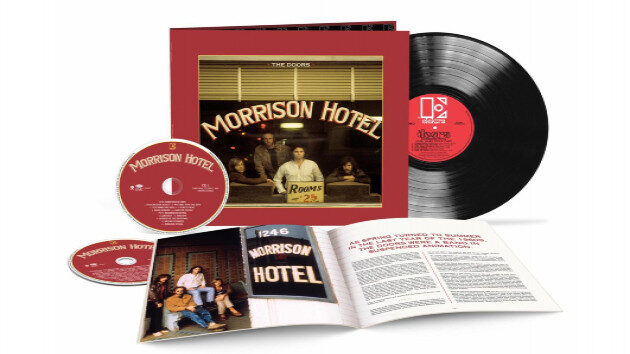 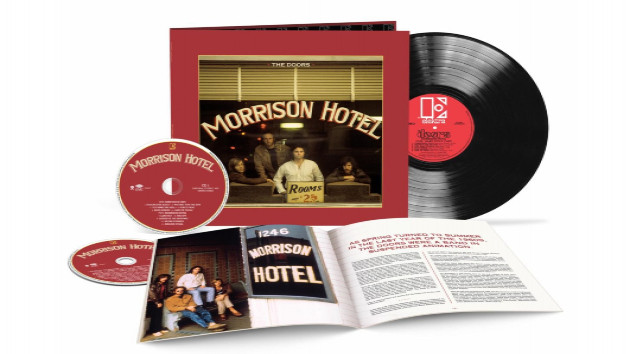 Drummer John Densmore tells ABC Audio that he initially didn't like the idea of making available raw, unfinished versions of the band's songs, but he eventually had a change of heart.

"[I used to think,] 'We're in the studio, we choose a take and that's what we want out there," he explains. "And then I started thinking about how I enjoy, like, some John Coltrane album that has six takes of one song…I love seeing how they got to the master. So, I went, 'OK…We'll show our underwear.'"

He adds, "I get it, because if you love some artist, you want to hear everything you can."

Reflecting on Morrison Hotel, Densmore notes that coming out of their previous album, 1969's The Soft Parade, which featured orchestration and jazz influences, The Doors "wanted to get back to the blues."

He continues, "I mean, that was what we jammed on before we wrote songs. And so, Morrison Hotel [was] a return to our roots."

The album's most famous song is the rock-radio staple "Roadhouse Blues," which features guest harmonica by The Lovin' Spoonful's John Sebastian. On the album credits, Sebastian is listed under a pseudonym: G. Puglese. Densmore says he thinks the reason for that was because the folk-rocker may not have wanted to be associated with The Doors, who weren't generally embraced by the flower power generation.

"Yeah, we came up in the hippie era and we were in solidarity with the protests and everything," John notes, "but we kind of were the dark underbelly of the [movement.]"