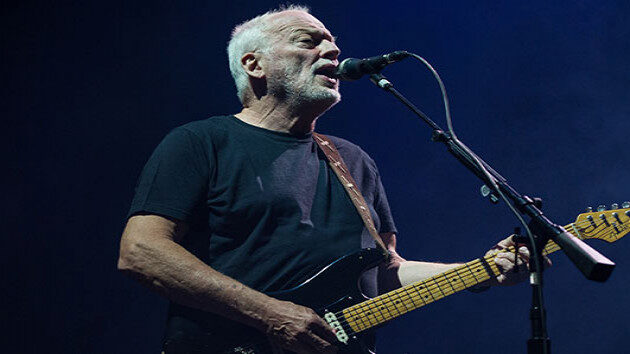 Brian Rasic/WireImageEarlier this year, David Gilmour, his wife Polly Samson and some of their family members, rechristening themselves the "Von Trapped Family," took part in a series of streaming events from their U.K. residence to promote Samson's new novel, A Theatre for Dreamers. Now, the Pink Floyd singer/guitarist and his clan are set to gather for a holiday-themed streaming party that will air today at 1:30 p.m. ET at Gilmour's Facebook page.

Many of the previous streaming events featured David delivering acoustic performances of songs by Leonard Cohen and his late ex-Pink Floyd band mate Syd Barrett, sometimes accompanied on harp and backing vocals by his daughter, Romany. Gilmour also introduced his new song, "Yes, I Have Ghosts," which was inspired by A Theatre for Dreamers and first made available as part of the audiobook version of Samson's novel.

"Yes, I Have Ghosts" got its official release as a digital single in July, and also was issued as a limited-edition vinyl single in November as part of the Record Store Day Black Friday event.

The Von Trapped Family also got together for a livestream in August to promote Gilmour's son Charlie's new memoir, Featherhood.