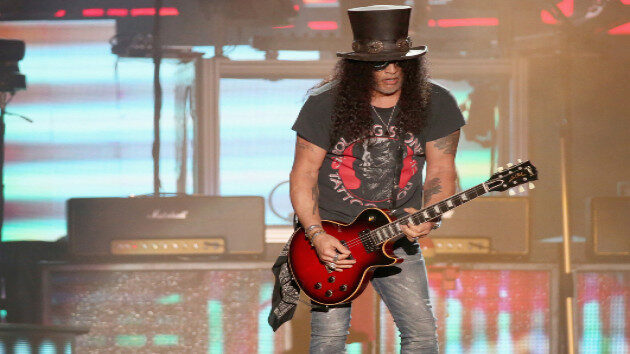 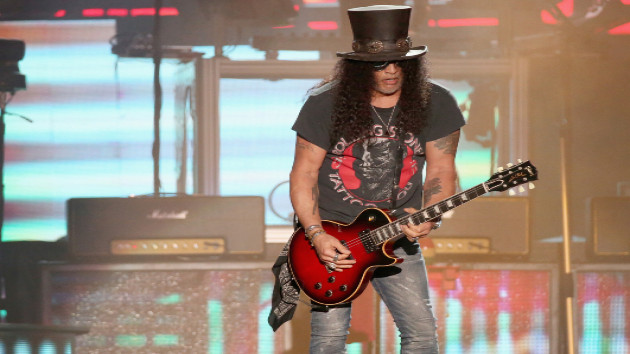 Gary Miller/Getty ImagesSlash is gearing up for a big 2021.

In an interview with Cleveland.com, the guitar icon shares that he's working on new music with his Myles Kennedy and the Conspirators project, and with Guns N' Roses.

"We did a week of initial pre-production and there's 20 songs and we're gonna start back up next year. I spent a lot of time writing and demoing that stuff," Slash says of the next Conspirators album. "And prior to that [bassist] Duff [McKagan] and I did some jamming and we also worked on the Guns record."

"I've had a couple of ancillary recordings and jams on top of that, so there's been a lot of stuff going on," he adds. "I'm really not good at slowing down and just sitting around."

As for when we'll get to hear all that, Slash says he "would like to think" that "both camps" will be releasing new material in 2021.

"It's hard to say, but I would like to think we'll have stuff out next year, yeah," he says.

The most recent Conspirators album is 2018's Living the Dream. The most recent GN'R record is technically 2008's Chinese Democracy, but the group's last effort to feature Slash, Axl Rose and McKagan together is 1993's "The Spaghetti Incident?"