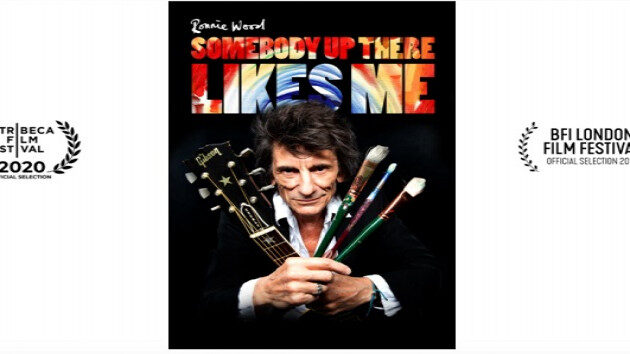 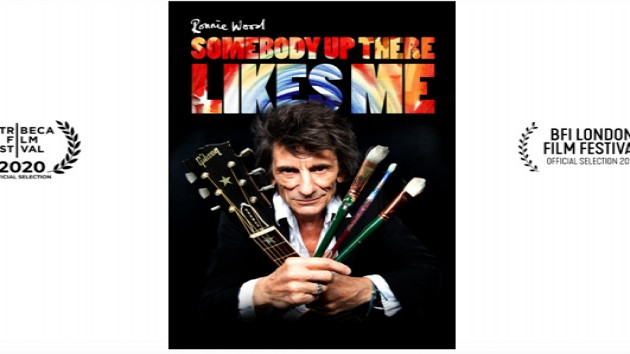 Eagle VisionThe new Ronnie Wood documentary Somebody Up There Likes Me, which premiered last October at the London Film Festival, will get a virtual cinema release starting September 18, and then will be made available on DVD and Blu-ray on October 9.

Directed by Mike Figgis, the film offers a revealing, intimate look at the longtime Rolling Stones guitarist's life and career, from his childhood and early days as a musician with U.K. band The Birds, to stints in The Jeff Beck Group and The Faces, and finally to his career with The Stones.

The doc also delves into Wood's work as an artist and painter, and how he's survived a long battle with drugs and alcohol, as well as a recent brush with lung cancer.

Reflecting on his serendipitous recovery from cancer, Ronnie, who was a longtime smoker, notes in the film, "When they operated on my cancer, they took away my emphysema. They said my lungs were as if I'd never smoked. I thought, 'How's that for a Get Out of Jail Free card?' Somebody up there likes me, and somebody down here likes me too."

Somebody Up There Likes Me includes archival concert segments, as well as new footage of Wood playing guitar and harmonica, and painting in his studio.

The virtual screenings will run through October. You can pre-order tickets now at RonnieWoodMovie.com.

A companion Somebody Up There Likes Me book also will be released on October 9.