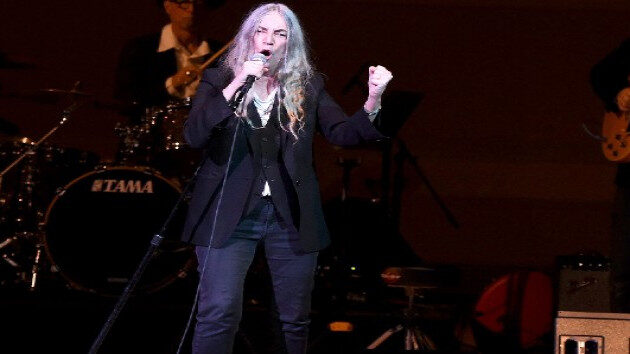 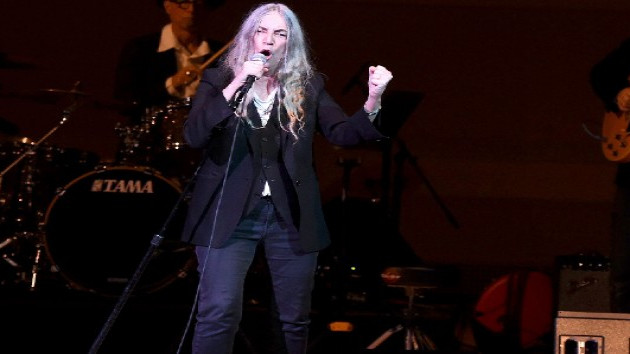 And on New Year's Eve, Smith will take over London's famed Piccadilly Circus.  According to the U.K. paper The Guardian, it's part of a celebration marking 50 years since her first-ever poetry performance, which took place in 1971 at St. Mark's Church in New York's Bowery.  After that performance, a top music producer approached Smith with the idea of fronting a rock band, and the rest is history.

On New Year's Eve, the huge digital screens in Piccadilly Circus will light up with display featuring Smith's art, music, poetry and prose, plus a recorded performance.  Another performance will appear on the screens on January 20, the day of the presidential inauguration.

“I had to teach myself how to use Photo Booth on my computer and film myself reading a poem," Smith tells The Guardian of creating the content. "I’m sure there are 14-year-olds who can do this in five minutes but it took me quite a while. But I got there and I’m so proud of myself.”

Speaking of the inauguration, Smith says she feels “huge psychological relief" at the approaching end of the Donald Trump administration.

"It’s been a terrible atmosphere to live in," she tells The Guardian. "I have encountered [Trump] in New York through the years and found him a horrible, narcissistic person and just a bad businessman. I’ve seen the debris of his deals. I think the damage he has done is going to be felt for a long time."