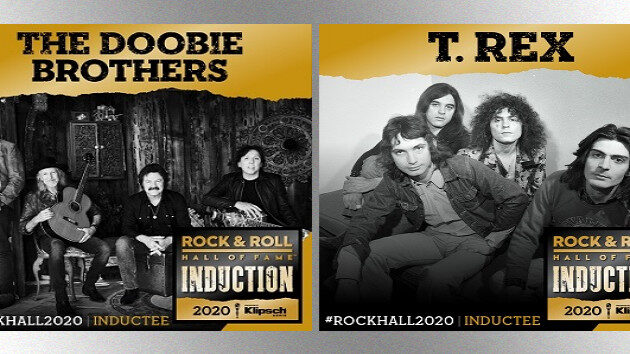 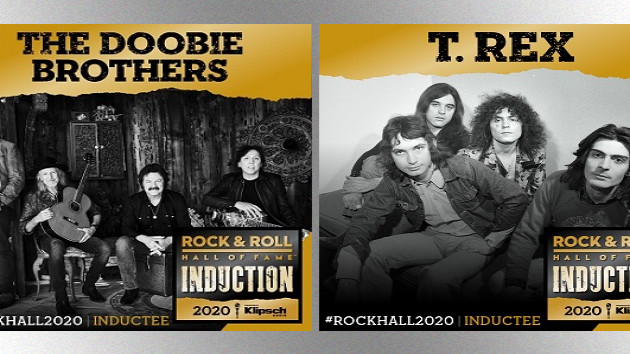 The event initially was scheduled to take place on May 2 in Cleveland, but by late March it had been postponed until November. Eventually, it was decided to cancel the live ceremony and replace it with a pre-recorded HBO TV special, which aired November 9. The show featured profiles of each honoree that included interviews and commentary by various guest artists, with each segment introduced by a celebrity presenter and acceptance speeches recorded remotely.

The show began with an introduction from Dave Grohl, who commented that each of the inductees shared in common the "undying spirit of rock 'n' roll."

"Wow! It's been a long time coming, but we are so grateful and excited to be inducted," Simmons said. "A lot of our musical influences are enshrined in the Hall, so we couldn't ask for better company."

Actress Charlize Theron inducted Depeche Mode, and commented on how the trio provided the "soundtrack to my life." Frontman Dave Gahan thanked his band mates past and present, and spoke on how finding music changed his life and kept him, as keyboardist Andy Fletcher quipped, from "still stealing cars."

Ringo Starr, who was good friends with late T. Rex frontman Marc Bolan, inducted the glam-rock greats. Starr, said of Bolan, who died in a 1979 car crash, "We lost him way too young, but in his short life he made 12 albums that were as far out and ahead of their time as he was."  Marc's son, Rolan Bolan, accepted T. Rex's induction on behalf of his father and the rest of the band.

The late Whitney Houston was the event's final honoree, inducted by Alicia Keys. Keys talked about her transition from being Houston's biggest fan to becoming her dear friend.  She noted that she first met Whitney at one of legendary producer Clive Davis' famous pre-Grammy parties, where she recalled Houston declaring: "You are going to write a song for me."

"I was shocked and completely overjoyed and slightly scared," Alicia noted, "and thus began a beautiful friendship that was so genuine and sincere."

She added, "We all know what a miraculous singer Whitney was, perhaps the greatest voice of our time...We all know her music will live forever. That music, that everlasting voice, is her final generous gift to us."

Irving Azoff and Jon Landau, the longtime managers, respectively, of The Eagles and Bruce Springsteen, were inducted into the Rock Hall as non-performers.