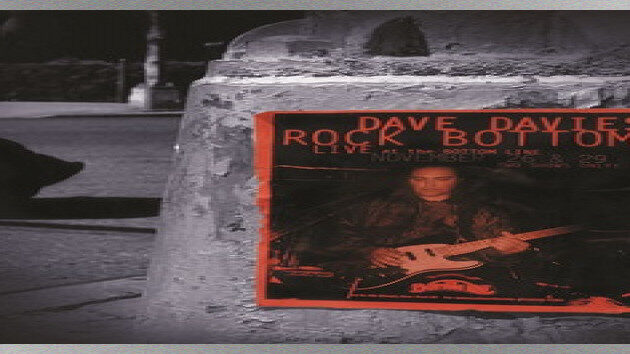 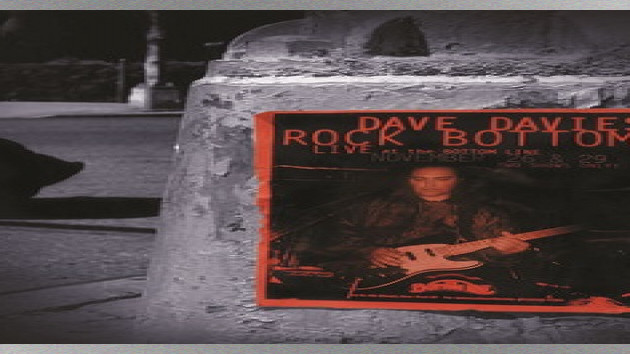 The two-LP set, which will be pressed on silver and red vinyl, captures performances from a November 1997 engagement Davies gave with his backing band at the historic New York City club The Bottom Line.

"I remember that show. [It was at] one of my favorite New York venues," Davies tells ABC Audio. "[I]n one weekend, we managed to cram in a lot of tunes and a lot of recordings. And I was very excited about the band and our playing. I think the whole album is very cool."

The concert captured Dave playing a wide-ranging set that featured a mix of Kinks hits, gems and deep cuts, some tunes from his solo career and a few covers, including Chuck Berry's "Beautiful Delilah," Elvis Presley's "One Night with You" and the Motown classic "Money." The album also features some humorous between-song stage banter.

One interesting track is a spacey jam called "Psycho Lounge" that incorporates snippets of "Lola," "Waterloo Sunset," The Beatles' "Strawberry Fields Forever" and Antonio Carlos Jobim's "The Girl from Ipanema."

As previously reported, because of the COVID-19 pandemic, this year's Record Store Day will be held on three days, dubbed RSD Drops -- August 29, September 26 and October 24.

Another special release that will be available this Saturday is a red-vinyl reissue of the 1972 Kinks compilation The Kink Kronikles.

Side A
"I Need You"
"She's Got Everything"
"Beautiful Delilah"
"Creeping Jean"
"Good to see yer!"
"Look Through Any Doorway"
"Love Me Till the Sun Shines"