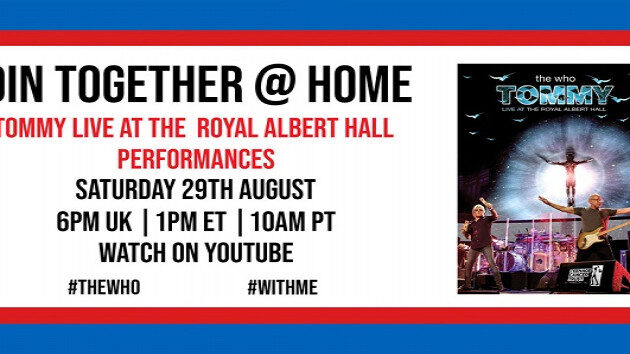 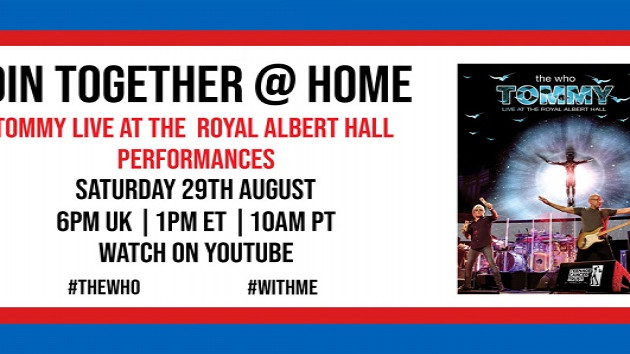 The new installment features footage from an April 2017 charity concert the British rock legends gave at London's Royal Albert Hall that marked the only time the band played its 1969 rock opera Tommy in its entirety.

Who frontman Roger Daltrey discusses this week's screening in a brief video that's been posted on the group's official YouTube channel.

"[W]e did this show only for the Teenage Cancer Trust, at the Royal Albert Hall," Daltrey notes. "And it was kind of a tricky one, because we didn't think we'd ever play Tommy again. The last time we played it as a band was in 1989."

Roger adds that the 1989 Tommy performance "was the show that gave me the idea of doing the [annual series of] Teenage Cancer Trust [benefit] shows at the Albert Hall."

The first three installments of the series featured footage, respectively, from one of The Who's historic 1982 concerts at New York's Shea Stadium; from the band's 50th anniversary concert held at London's Hyde Park in June 2015; and from the rock legends' 1970 performance at the U.K.'s Isle of Wight Festival.

"Join Together @ Home" will run for a total of six weeks, and is free to view, although The Who is encouraging fans who watch it to donate money to two charities supported by the band -- Teen Cancer America and its U.K. counterpart, Teenage Cancer Trust. Visit Join-Together.org to donate.