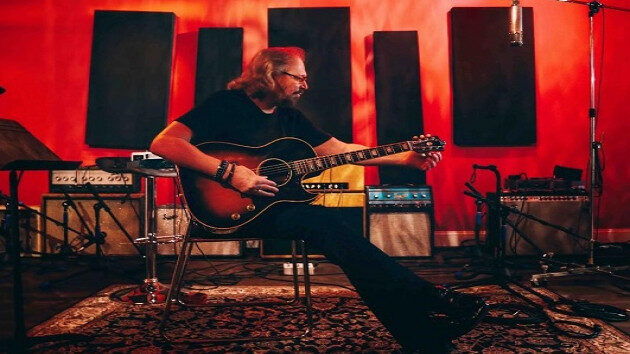 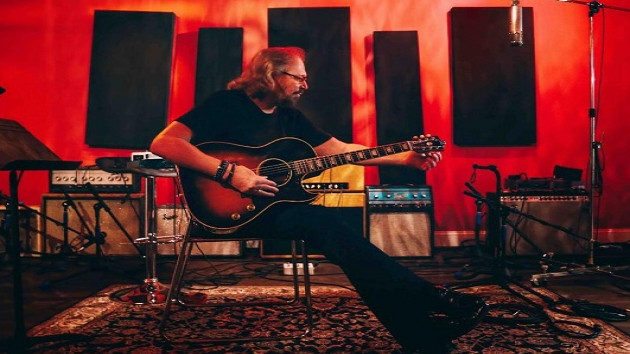 Credit: Desiree PrietoBee Gees co-founder Barry Gibb teamed up with Dolly Parton for a reimagined duet version of the 1968 Bee Gees hit "Words" that will be featured on his upcoming album, Greenfields: The Gibb Brothers Songbook Vol. 1.  Now the track has been issued as an advanced digital single.

You also can check a "visualizer" video for the soaring ballad at Barry's official YouTube channel.

"So excited to share ['Words'] with you all," Barry wrote in a message posted on his Twitter page, alongside a clip of him and Parton in the studio. "[Dolly] and I had so much fun singing this song together from my new album."

Parton wrote in her own tweet, "I was honored when my dear friend [Bary Gibb] asked me to join him for a special version of 'Words' on his new album!"

The original version of "Words," which Barry recorded with his late brothers and Bee Gees band mates Robin and Maurice Gibb, peaked at #15 on the Billboard Hot 100 back in '68.

As previously reported, Greenfields features Barry collaborating with a variety of country stars and some other artists for new renditions of Bee Gees hits, including "Jive Talkin,'" "I've Gotta Get a Message to You," Lonely Days," "Too Much Heaven," "How Deep Is Your Love," "How Can You Mend a Broken Heart," and "To Love Somebody." Besides Parton, the guest artists include Olivia Newton-John, Sheryl Crow, Keith Urban, Miranda Lambert, Alison Krauss and Little Big Town.

You can pre-order Greenfields: The Gibb Brothers Songbook Vol. 1 now ahead of its Friday, January 8 release.