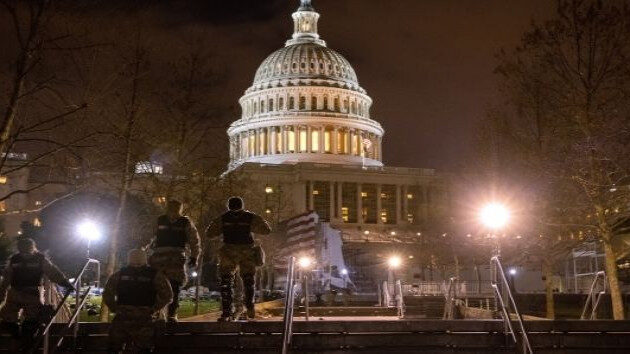 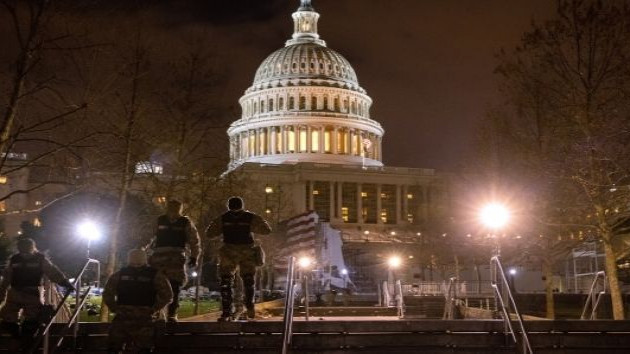 John Moore/Getty ImagesAs the chaotic scene continued in the nation's capital with the world watching, President Donald Trump continued to tweet his repeated his false claim that the presidential election was stolen from him and tried to justify the storming of the U.S. Capitol that he encouraged earlier in the day.

"These are the things and events that happen when a sacred landslide election victory is so unceremoniously & viciously stripped away from great patriots who have been badly & unfairly treated for so long," he said.

After hours of chaos and as the Virginia State Police arrived at the U.S. Capitol Building, the president called on his supporters to "go home" in a one-minute video message posted to Twitter -- which has since been removed across social media.  In the message, President Trump, without evidence, called the election "stolen" and fraudulent," but told the protesters to go home "in peace."

"It's a very tough period of time. There's never been a time like this where such a thing happened where they could take it away from all of us from me from you from our country. This was a fraudulent election. But we can't play into the hands of these people. We have to have peace."

"So go home. We love you. You're very special. You've seen what happens. You see the way others are treated that are so bad and so evil. I know how you feel -- but go home and go home in peace," he said.

Former President George W. Bush released a statement on what he called an "insurrection" at the U.S. Capitol, calling it "a sickening and heartbreaking sight."

"This is how election results are disputed in a banana republic – not our democratic republic. I am appalled by the reckless behavior of some political leaders since the election and by the lack of respect shown today for our institutions, our traditions, and our law enforcement," Bush said.

President-elect Joe Biden, who was scheduled to deliver afternoon remarks on the economy, addressed the unrest at the U.S. Capitol on Wednesday afternoon from Wilmington, Delaware, and called on President Trump to "step up" and condemn the chaos being committed in his name.

"I call on President Trump to go on national television now, to fulfill his oath and defend the Constitution and demand an end to this siege," Biden said. "To storm the Capitol, to smash windows, to occupy offices, the floor of the United States Senate, rummaging through desks -- on the Capitol, on the House of Representatives -- threatening the safety of duly elected officials, it's not a protest. It's insurrection."